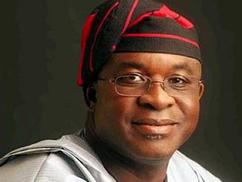 David mark (Courtesy: YNaija.com)
In Nigeria, 7 people were reported to have been killed by security agents at Apo area of Abuja sometimes last week. In the middle of agitation by human rights activists for government in the country to investigate the circumstance leading to the shooting to death of the seven vagrants in an uncompleted building, the news of the attack by terrorists against unsuspecting shoppers at West Gate Shopping Mall in Kenya broke. But certain Nigerians are still brimming with fire that the killing in Abuja is extra-judicial and they want the government to investigate the circumstances surrounding the development.

Against the call for investigation, the country’s Chief of Army Staff, General Azubuike Ihejirika,  said that the killers were the first to shoot at security agents and that security agents merely responded with fire works. The Premium Times newspaper had reported - based on an anonymous source - that the country’s State Security Service, SSS, had planned to display arms which it wanted to use to convince the public that the men killed were members of the dreadful Boko-Haram. But no arms have been displayed.

Opposition politicians quickly seized the opportunity singing, ‘hang the government for extra-judicial killing.’ Former vice-president, Atiku Abubakar was the first one of those now called rebel members of the ruling party, in an interview with Premium newspapers who asked the government to investigate the killings.

Based on the controversy that the incidence has been generating, Senator Sahabi Yau from Zamfara North (according to the Punch Newspapers) brought the matter to the attention of the senate. But rather than ask for the matter to be investigated, he sought three resolutions namely that the act be condemned, one minute silence for the victims and thorough investigation into the matter. He actually asked the investigation that should have been the first step in the course of findings to come last.

However, the senate president, David Mark, reportedly rejected granting the first and the second requests. He said it will be prejudicial to grant the first two requests without the detail of what actually happened. Instead, he immediately tasks its committee on national security, intelligence and judiciary to begin investigation into the crisis.

Based on major Nigerian newspapers reports, members of the public had said that even if the vagrants tagged as members of Boko-Haram were really what they had been called, they still would have expected security agents to arrest them and let them face trial.  But some are saying the security situation in the country has become so volatile with Boko Haram working to sink the country to allow uncompleted buildings turn into spots for Boko Haram members for attack against the country. But members of the human rights organizations insist that based on knowledge of people privy to the development, the seven killed were tricycle operators and not members of Boko Haram.

However, no one has explained why tricycle operators have to choose to live in an uncompleted building. Proceedings In the country's House of Representatives showed that a member moved for the Minister in charge of the Federal Capital Territory to pull down the contentious building, but he was disapproved by those who said investigation on the matter needed to be completed before such an operation.
Now, for security reasons, it is being contemplated that the government may have to pull down any building its construction is not completed in two years to ensure no room is created for terrorists' operation.