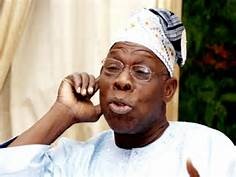 Olusegun Obasanjo
Have you read the statement signed by Ofoyeju Mitchell, head of Public Affairs in the Nigeria's National Drug Law Enforcement Agency, concerning the agency and Buruji Kashamu's house arrest debacle?
I stumbled on Mitchell's speech in Sahara Reporters, while I was searching to read President Muhammed Buhari's inaugural speech on Friday evening. I did not get Buhari's speech immediately, but Mitchell's speech filled the vacuum.
According to Mitchell, the NDLEA had vacated Kashamu's house after agency received a copy of the court order on Thursday. There is no way of confirming the truth of Mitchell's statement, because there has been confusing reports with some reports saying the NDLEA had vacated the house and others saying otherwise.
Mitchell continued with his alibi that Kasahmu's attorney had signed an undertaking to produce him for hearing and that vacating Kashamu's house was not the end of the case.
He said the NDLEA  has filed a formal extradition request against the embattled politicians and that the agency was following the due process of law. The writing shows Mitchell is serving Nigerian powerful figures and certainly not the law or the Nigerian people.
He threatened that the agency will balance the pursuit of national interest against Kashamu's constitutional rights. He added that the action of the NDLEA had never been to abduct, but to engage extradition process.
There were readers comments that showed that many Nigerians following the NDLEA's encroachment on Kashamu's home was doing the work of the Federal Government of Nigeria. It is what everyone will think with the country's attorney general approval of the NDLEA's presence in Kashamu's house,
But the truth is that with Goodluck Jonathan's of the presidential election, the confusion that follows with a seeming power vacuum, the power that wants Kashamu out lashed on the opening and with the influence the power had with the attorney General like he had done with governors who pulled away form the People Democratic Party, PDP, to join APC, he pushed the plan to abduct Kashamu.
People think Mitchell must be out of his mind to think that curious observers will believe him that the NDLEA or the power that uses the NDLEA in that dirty job had no intention to use the NDLEA to abduct Kashamu. Since Mitchell's statement was a reaction to public opinion about the NDLEA's plan to abduct, if hen had not heard about the public's criticism of the NDLEA, he would have mentioned of an attempt to abduct, which was the intention of the power that used the NDLEA as a smokescreen.
Observers say that Kashamu's experience in the hand of the NDLEA agents shows the kind of country that Nigeria has become, where kidnappers are having field days and individuals can use government apparatus to oppress others. They say what the NDLEA did to Kashamu was worse than kidnap attempt.
People believe that If Kashamu had not resisted arrest without a warrant, he would have found himself taken away under the use of NDLEA, when in fact it was an individual who wanted Kashamu punished for daring to call himself a leader of his party in Ogun State against the power's control using his power.
Kashamu has never denied having had a case in the UnIted States. But if the US wants his extradition, should it have been through an ambush with 12 fully armed and masked men in his bedroom, and members if his household shut up in a single room for six days?
NEWS AND FEATURES
News & Features Around The World