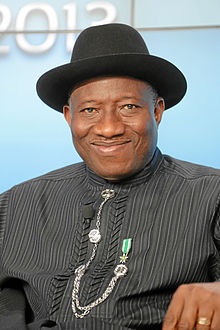 The Nigerian government has charged the country's military to ensure female students abducted by terrorists from a school in Chibok, Borno State, regain freedom. This was contained in a statement released after a security meeting attended by all stakeholders and chaired by President Goodluck Jonathan.
According to information published by some Nigerian newspapers, the government said security is everybody's business and not necessarily the concern of just the government. The statement also enjoined Nigerians to avoid linking the terrorists to any particular religion, because the terrorists kill both Christians and Moslems.
The statement also haphazardly mentioned the issue of poverty without any concrete commitment of what the government intends to do about widespread poverty in the country, a development some observers had said was responsible for the terror group's ability to gain followers among economically deprived youths in their part of the country.
NEWS AND FEATURES
News & Features Around The World