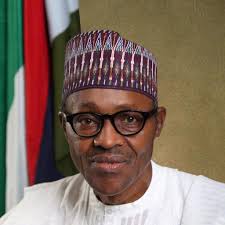 President Buhari
Nigerians are divided in their opinions about whether it is right or wrong that President Muhammed Buhari should have embarked on a vacation, barely eight months in office. The debate among Nigerians about their president's decision to go on vacation follows a news report on Friday that Buhari is on vacation and that the vice-president, Yemi Osinbajo, will preside over the country's affairs in Buhari's absence.
Constitutionally, every civil servant is said to be entitled to an annual vacation, strictly after one year in office. Observers say that it is capable to make people raise eyebrows, when a president who has promised to lead by example decides to vacation, two or three months into turning one year in office. Buhari won election in March 2015, and he was officially sworn into office in May 2015, when his term officially started.
Many Nigerians think there is a cause to question Buhari's decision to go on vacation, so soon after assuming office and they express suspicion that the vacation may have to be health related. But the president's die-hard supporters think that Buhari has worked hard enough and that he deserves to take a rest. Some respondents to the news report actually said in their writing that Buhari has worked so hard, much more than the leaders of the United States, United Kingdom and Russia, and that he deserves to go on vacation.
But Buhari's critics disagree with his supporters. They said that the president is yet to fulfill any of his 222 campaign promises. Therefore, they said that he does not need to leave the enormous work to go on vacation. Some of the critics actually asked why has Buhari's vacation location not been disclosed, comparing the Nigerian case to what they say is obtainable in the U.S, where they say the public always knows the location of the president's vacation.
Some other respondents said that they have heard from reliable sources that Buhari has traveled to Britain for medical reasons and they lament a situation of a country being ruled by medically unfit leader. Presdent Buhari supporters were quick to remind the president's critics of the story of a woman, whom they said was fond of raising issues with Buhari's health and made suggestions of death tagging it to the president's age and health, but who had died, and they warned others like her to desist from raising issues with the president's health.
Others have President Buhari for allowing his second in command to act as preisdent with with a reference to how President Musa Yar'Dua traveled abroad for medical check-up and created a vacuum on his death, because the then Vice President Goodluck Jonathan was not given the chance to act as president in the absence of Yar'Dua.
By Saturday, most of the information missing in Friday's report about Buhari's vacation location surfaced, confirming that he was already in the U.K, and that he said he would use the opportunity of his vacation to see his doctors. He said further that he has got the doctors in London since 1984, during his time as a petroleum minister.