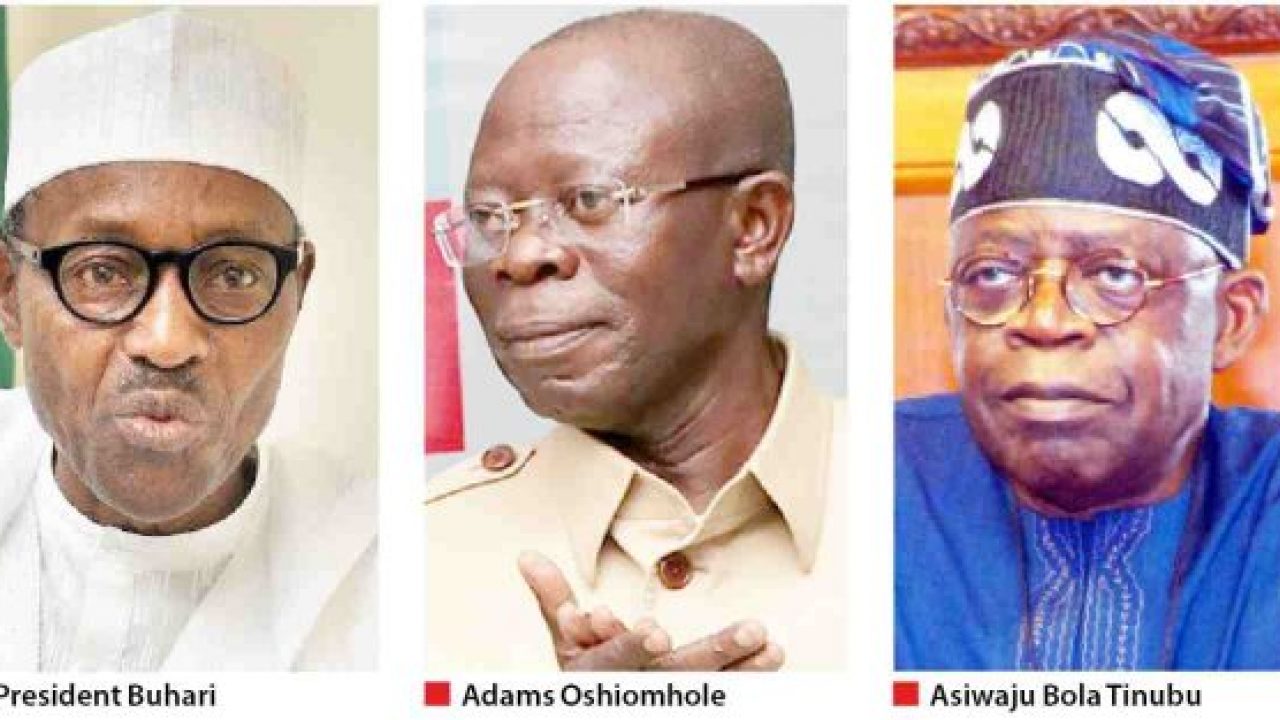 Nigeria's ruling party, The All Progressive Congress, is in a deep crisis that has ended the life of the party's National Working Committee and replaced with a caretaker committee. The decision to end the NWC's life was taken by the National Executive Council headed by President Muhammed Buhari.
The immediate victim of the end of the NWC's life is the party's embattled chairman, who has been in a suspension from a court preliminary injunction from a battle royal with his former accolade, former governor of his home state, Andrew Obaseki."The president is enthusiastic that the party has one less distraction, conscious of the mandate given him by Nigerians, said Bagudu, in a Premium Times' news report.
Bagudu's words cannot be far from the truth, considering that the party has been engrossed in in-fight battles in Edo State, Oshiomhole's home state and Ondo State, where the governor and the deputy governor have been at loggerheads. Observers feel that it was true the battle between Oshiomhole and Obaseki in Edo State had limited the time and moral space Oshiomhole had to attend to settling other battles within the party, since contenders in other battles in the party who might have felt Oshiomhole was unfavorable to their cause could easily have told him to go and settle the battle in his own state before coming to the dabble in the battle in other places.
There was a news report that supporters of the former chairman and the his NWC went to court to challenge the NEC's decision, but another report emerged showing the former chairman had told his supporters to end the court fight, and that he supports the NEC's decision to end the life of his NWC. All along, many Nigerians have reasoned that the battle between the former chairman and the governor of his home state as senseless and that if he was not careful, he could be consumed by it.
There have been reports about party titans who will benefit or lose from the NEC's decision to kill the NWC, One of them is the former Governor Bola Tinubu of Lagos, whose ambition to run for the office of the president in 2023 is not hidden. The speculation has been based on Giadom, reportedly favorable to  Ameachi, becomes the party's chairman, since he was appointed as the acting chairman before the NWC's dissolution.
With Giadom out of the picture, political observers in the country say Tinubu has room to maneuver in decisions towards nomination members of a new National Working Committee and a new a new chairman. They say his political ambition may still be saved so long he is in good relationship with the president. But others are saying don't count on it, reiterating the popularity of an opinion that says Tinubu's presidential plan has been crushed.
Although, Tinubu is reported to have become poetic in his reaction to political developments as they may have affecting his political ambition to be president. Many people are saying that even if Tinubu does not become president he has got the monumental wealth from the states under his boot in the South West, and that his wife is a senator and a daughter who is the head of the association of nation's traders.