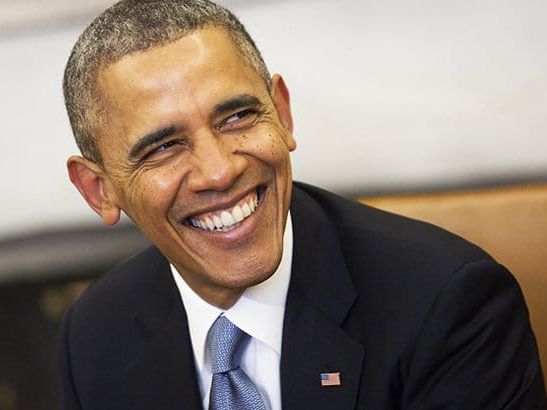 President Barack Obama
Obamacare, the health insurance instituted by President Barack Obama, known as the affordable care, may be on its way out, in parts or whole, based on a plan by the Republican Party controlled Congress.
Just arriving from recess, the Congress was reported to have dealt a blow to a part of the ethics office by voting to curtail a section that allows for bipartsan investigation into activites of Coingress members.
The votes were said to have been taken withouit Paul Ryan, the speaker of the house, who is awaiting for reelection for a new term.
President- Elect Donald Trump has also rejected the Republican Party members decision to oust the independent ethics office in the Congress.
The first issue that is on the agenda of the Congress seems to be the need to take a decision about Obamacare. The program has run into trouble waters due to  poor execution, based on complains about its rising cost and consequent mass withdrawal of insurers. But as the Congress contemplates tempering with the program, there is a question about what the Congress intends to use to replace the program.
On the other hand, information shows that as the Republican Party members in the Congress are gearing up to deal with the health program, Democratic Party members are also gearing  up to save it. But the problem that will confront the Democratic Party members over the affordable care program is the public awareness of the problems that have bedeviled it.
As people argue over how Hillary Clinton has lost the election with alleged Russia hacking at the center stage and her own private email use as secretary of state pushed aside, the announcement of sky rocket price of the Obamacare by the Federal Government two weeks to the election rarely comes into mention, as one of the reasons that may have pushed voters in the battleground states away from the Clinton's side.
Many poeple believe it will be difficult to save the Obamacare for its deficiencies. Yet, authorities are speaking from the other side of the mouth that it will be impossible to replace the program without an alternative program immedately  avasilable to replace it.
The Global Pentorch interview reveals that there are many people who don't like the loss of tax return fine, imposed on people who have failed to register for the program. These people  see the health program as being imposed on them against their wish.
Undoubtedly, there are millions of Americans, who have registered for the program and without wish they would have been without health insurance and be open to viccitude of the sistation of lack of health care in cases of sudden health problem capable of threat to life.
The benefit enjoyed by this last group of people is what the Democratic Party members are said to be waving, as the major reason the Obamacare should not be thrown away, without consideration for people benefiting from it. Everyone agrees in discussions about Obamacare that the architect of Obamacare has good intentions, but that the program has been badly implemented.
Everyone is talking about President Obama and that how the time has been hard for him, working with a Congress that has never shown any willingness to see him succeed. People talk about how his camapaign for office and his disclosure about his mother's death and his wish to make every American has access to healthcare and how his signature program for that reason has run into trubled waters, not becuase of uncooperative Congress, but for poor execution.
And people are asking about what Obama would be remebred for. Is it for the failed healthcare  or the failed immigration program? In any case, people are saying that he would be remembered as the first black American president and whot got Osama bin Laden..
NEWS AND FEATURES
News & Features Around The World