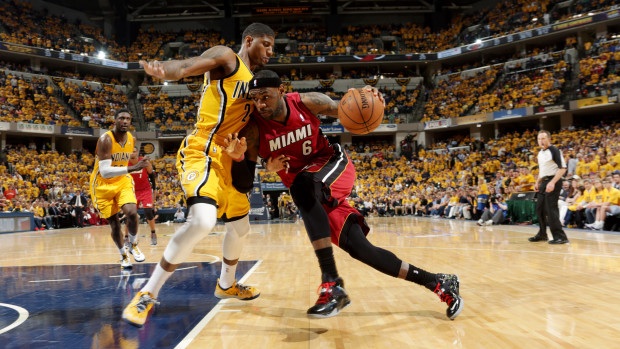 (Courtesy:www.cbsmiami.com)
Indiana Pacers on Sunday defeated highly rated Miami Heats 107-96 in the first game of the Eastern Conference basketball final played in Indianapolis.
The Pacers lived up to expectation that the first game in their backyard will be advantageous to them. But then look at the difference in their score, it is certainly not a close game with 11 points. It shows that the Heats have a herculean task ahead in the next game.
At the end of the third quarter or beginning of the fourth quarter, Pacers led with about 16 points and led with 12 points two minutes to the end of the game. The Heats were warming and coming up gradually, but it was too late. The Pacers have succeeded in turning off the Heats for this moment with Tuesday's second game in Miami unpredictable.
NEWS AND FEATURES
News & Features Around The World