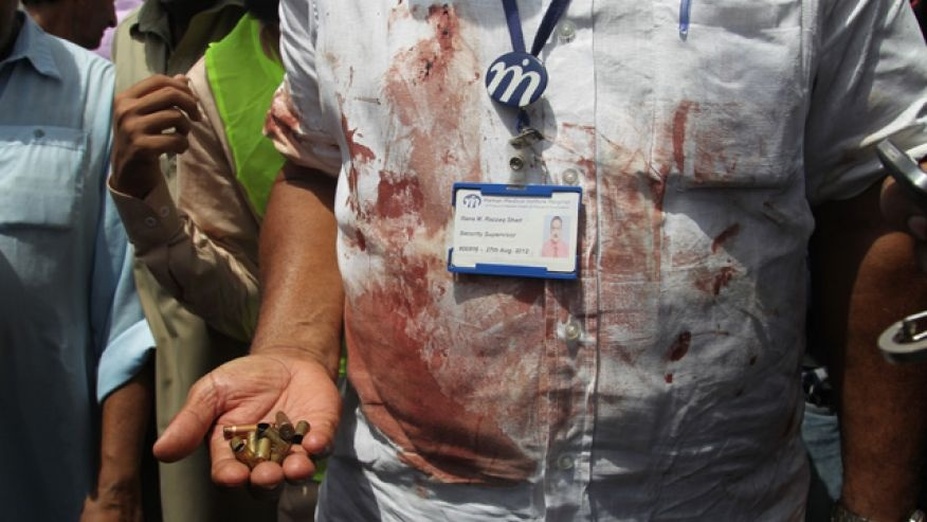 Driver shows bullet casings recovered at the scene of attack
40 people died from gun spray in a bus on Wednesday on their way to a Community Center in Karachi, Pakistan. Reports said that the gun men who numbered six fled on motorbikes. the Police chief, Ghulam Haider, described the killers as extremists and terrorists, known to have been involved in terrorism before the Wednesday attack on a bus.
A security guard near the scene of the attack said he heard the sound of gun shots; he saw the killers fled in motorbikes and that one of them ware police uniform.
Jundulla, a faction of Pakistan Taliban has claimed responsibility for the killings described as the worst in the country in recent times.
NEWS AND FEATURES
News & Features Around The World