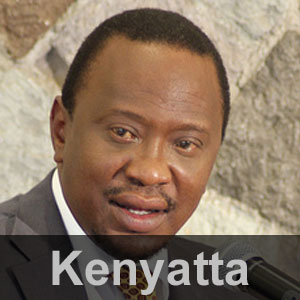 Students in Kenya schools are to pay for hot water, for school bus repairs among other new fees for the new school year. And Kenyan parents are angry over what they call sudden astronomical increase in school fees. Parents Association have called on the education secretary to investigate and fish out those who may have approved the increase in the education ministry against regulations for punishment.
Two new elephants have emerged in the struggle by Kenyan students to acquire education. Last year, the two elephants were represented by the teachers' employers and the teachers over the demand by teachers for a court ordered salary increase. For several months, Kenyan students were kept away from school for as long as the teachers and their employers were at loggerheads, and the students who represented the grass in the battle between the teachers and their employers suffered.
Schools eventually reopened after President Uhuru Kenyatta's government threw spanners into work and using the justice ministry and the government power and demystified the teachers reliance on a court ordered increase of salary to ask for better life, which observers said teachers in Africa never had. The expectation of everyone is to leave the burden of previous year to begin a fresh year with little or no burdens, but it is no so for Kenyan students and their parents, who have already begun another battle as the grass between smart Alecs in the education ministry and the school owners, who the parents say have conspired to increase school fees without following laid down rules and regulations.
No one is certain what the increase will entail for children from poor homes, other than that some of them may end up abandoning school in the face of odds to get money to pay the high school fees. For example, students are being asked to pay additional thousands for hot water and repair of school buses. An increase that has made the parents' association to cry out against what they consider as callous cannot be anything but a development capable of standing between many of the parents and their children academic future.
Already the school owners, who are the beneficiaries of the new fees increase are saying that nothing will change what has been achieved in ensuring that students pay more money. And the question is: Why always money? It was money that caused the palaver between teachers and their employers last year. And now the same headache about money is causing chaos and standing between students and returning to school, when students are supposed to return to school amicably without anything standing between them and their school works.
And the question observers always ask is why can't Kenya and many African countries caught in the web of standing between their children and education, embrace the need to make life easier for these kids, as a way of imparting a sense of patriotism in them?
HTML Comment Box is loading comments...
NEWS AND FEATURES
News & Features Around The World