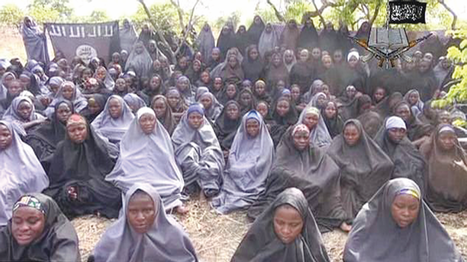 Every Nigerian news medium has reported that Chibok girls, kidnapped and in Boko Haram's captivity, would be released on Monday.
The news came like a thunderbolt and many people are still watching to see the girls free before they can believe what they had read in the news.
People are asking whether it is indeed true these girls will walk into freedom on Monday. Who are the architect of the truce between the Nigerian government and Boko Haram, leading to the girls' freedom?
If true these girls will walk into freedom on Monday, observers say Nigerians will celebrate, the world will celebrate, the girls' parents and family will celebrate and that President Goodluck Jonathan will celebrate with dance steps and a smile Nigerians have never seen before. Abuja will be agog with politicians of all shades and colors to be seen and identify with the president. Civil rights' activists will say their fights for government's intervention on behalf of the girls have yielded fruit. It will mean a turn around for some politicians and a hell let loose on imaginary hope for others seeking to grab the state house on the bandwagon of a national misfortune. Nigerians will be happy it is not the death of the girls that has been announced. But for now, doubts reign in the air to the government's announcement of a truce between it and Boko-Haram, and a Boko-Haram's secretary words to the Voice of America's Hausa service that the sect has accepted the truce.
NEWS AND FEATURES
News & Features Around The World