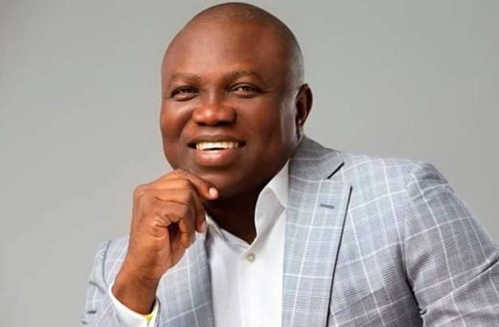 Akinwunmi Ambode, Lagos State Governor
The family of Hannah Omomole - a victim of yet to resolved murder case in Owowde Onirin near Ikorodu in Lagos is at variance with the police and the hospital over who would pay for the autopsy. The family says it wants an autopsy, but the police and the hospital have not deemed it fit to do an autopsy before depositing Hannah's body in the morgue, following its discovery, where it has been dumped at Owode Onirin near Ikorodu by yet unknown killers.
But investigation has revealed that the police at Owode Onirin initially thought that Hannah was an accident victim and that the police had since recanted or change their line of statement. A doctor at the Ikorodu General Hospital, who signed a document describing Hannah as an accident victim based on the police initially statement and without any medical examination to ascertain Hannah's cause of death had also said he made a mistake and said that Hannah could not have been a victim of motor accident.
This development has led the police into renewed interrogation of eye witnesses in the case. The major question that curious observers have asked is whether it is professional for an hospital to take in the body of dead person without clinically examining the body to ascertain what may have cause the death? Although, the police is trying to find out what actually happened to Hannah after it had initially bungled the investigation, but the fact that the hospital could take a body into the morgue without examining the body has thrown a thought about possible conspiracy and attempt at cover up of possible existence of organ harvesters around Ikorodu area of Lagos.
Now, Hannah's family members  are saying that they are not sure whether or not Hannah's organs have been harvested by her killers, though they say there is a reason to suspect that her organs may have been harvested, because of the unreliable sewing of her anus to her private areas by morgue attendants. Hannah's family members are asking about the type of tears in that of Hannah's body, which may have prompted the morgue attendants to sew it up. Morgue attendants had said they sewed up the area since they could not put her in the morgue with area open. The police and the hospital's initial bungling of the investigation without an autopsy has deepened family members suspicions about foul plays and attempt at cover up.
A telephone conversation with Osharnor Omomole on Friday showed that the police and the hospital are asking the family to pay for the autopsy. But the family has insisted that the police that is working to determine the cause of murder must work  along with government pathologist to carry out the autopsy, and that the family should not be made to pay an addition cost after its loss of a whole daughter. The family members are saying that the family still have other female members living in Ikorodu, and the family will want everything be done by the police and the hospital to ensure there are no human organ harvesters in the area that is capable of endangering the lives of its other members and members of the public.
There is a possibility of the family pressing for a legal case over the need have the autopsy on Hannah's body done to determine what may have been removed from her body by her unknown killers, if the police and the hospital refuse to do what is legally justifiable. Members of the family think the police investigation cannot be concluded without the autopsy.
Hannah was on her way home from work on Tuesday, October 12 2015, when she was likely abducted and killed. Her body was found resting on a set of blocks near the road at Owode Onirin. She was on a second leg of her journey from work in Gbagada, but she was not allowed to conclude the journey home to Ikorodu.
NEWS AND FEATURES
News & Features Around The World