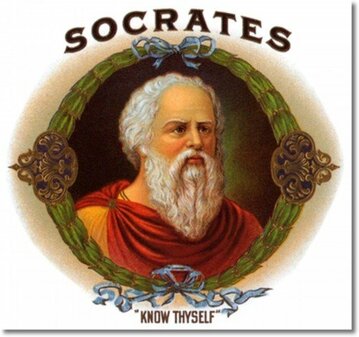 It was not that Socrates did not believe in democracy or politics of his days in Greece. The difference about him compared with his contemporaries was that he did not see any need for anyone to want to become a leader for just for the sake of being a leader. Secondly, he did not see the positive impact of democracy in the Greece of his days and he was bent on teaching the youths to understand the phenomena of the situation in Greece of his time.
What Socrates saw and for what he also became a victim was the struggle for power and the inclination to destroy others to cling to power at all cost, and that those with the power of coercion confusing the public that their evil was the good and the best interest of the public. What crime was Socrates accused  of  having committed? He was accused of impiety for alleged failure to recognize the gods that the city states acknowledged and for introducing new deities. Secondly, he was accused of the corruption of youths.
Socrates accusers knew he was more knowledgeable than they were. The intent was to take him out and for him not to take away the leadership position they believed belonged to them. Therefore, they drummed up the charges against him, though he said it time and time again that he was content teaching the youths than seek  political leadership. Where in the world today that that insane style of politics is not practiced? The insane political methodology has no tribal inclination, no peculiar characteristics based on color or level of education or civilization.
Every sitting government or leader of government has the power of incumbency and the party in majority has the power of making useful laws or laws to frustrate the executive that belongs to the opposing party. But rather than use such power to respect the wishes of the electorate, the power of incumbency is deployed to ensure the incumbent party of leader's continuity in office and making peaceful change difficult. It is one common ailment in politics which effect is manifest in almost all countries of the world. Look at the United States. Politicians in the two major parties got what they did not bargain for when an outsider named Donald Trump defeated the two party's best eleven teams and became president. Revelations from investigations are showing that all let hell have been let loose by the Trump's predecessor to ensure a preferred candidate successor and notable among the country's department of justice personnel worked in tandem towards the realization of this objective.
The Republican Party bigwigs easily threw in their caps after the election results, but the Democrats seemed to have drummed up a Russian collusion, and not of the party's seeming take over of the Department of Justice, DOJ and the employment of incumbency to want to ensure that a favored candidate would succeed President Barack Obama. American's transparency does becomes a blurred and warped transparency. Thus is the current summation of curious political observers after two years of Robert Mueller's investigation into the alleged Russian collusion and nothing concrete has been revealed to show any collusion.
Now, the Democratic Party controls the House of Representatives. The party seems to be unwilling to wait for the Mueller investigation to conclude its work. Uncertain of what could be the outcome of the Mueller investigation which the party has thrown its weight and vowed to protect to ensure conclusion of  work, the party is now going about in a manner of saying collusion or no collusion, the name of Trump is an aberration, and some the party's congressmen and women would do anything if they have their ways to remove Trump from office for no just cause than hate for his attitude.
In the United Kingdom, the people voted for the Brexit. Prime Minister Theresa came into office on the heel of Brexit's crisis, Cameron having resigned for his inability to prevent Brexit. May did not create Brexit, but she said she would ensure the people's will is strictly enforced. But there are politicians whose are interests are tied to the U.K. continued membership in the European Union, EU. Rather than seek ways to collaborate with May toward ensuring respect for the people's will, the politicians are working to use May's ability to package the Brexit deal to their satisfaction to want to frustrate and abandon the people's will.
In term of transparency and respect of the people's will, most of the Third World countries look up to the U.S. and the UK. as good examples of democracy. Alas, they are wrong. politics or democracy in the U.S. and the U.K. are no way different to what is practiced in Third World countries. The Third World countries show of crude politicking is actually a manifestation of what politicians in these countries have learned from leaders of the old and modern world democracies, judging by the current political events in the U.S and the U.K.
Socrates encountered the unimaginable in 399 B.C. And today, several thousands of years ago, the world is still witnessing political experiences not so much different from the manipulation by politicians believing their evil represents the good against the people's will. Rather than respect the wishes of the people, they thwart the wishes of the people and seek to take out people who are better than they are. Nicolo Machiavelli seems fairer than the modern politicians, though they belong to the same tribe.