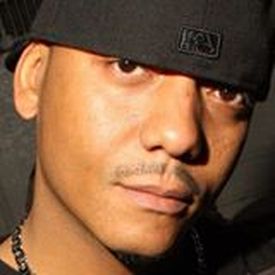 Kris Macfardden of Real Vision Radio
As you step into the office of the Real Vision Radio in Brooklyn, New York City you see a Mandela's photograph, superimposed on an African map and surrounded by the photographs of Malcolm X and Martin Luther King jr. The three men also appear in another frame titled 'Freedom Cafe.' Another framed photograph has 46 African American leaders among whom are Benjamin Banneker and Sojourner Truth.
In front of the photographs is the desk of Kris Macfardden, co-owner and host at the Real Vision Radio, maintaining  a spot on the late show spanning 11.00pm to 0300 in the morning. The other co-owner he says is Edmund Francois also known as 'E Three the Beast.'
The Real Vision Radio started operations in 2012 and said as  owners they were motivated by their involvement in Radio work in the past when they did not own a station, but hosted for other stations such as Dre Parker Show and Good Morning Radio.
Macfardden in particular said as a host he had been making people comfortable; interviewing people and do public relation works. He said he was encouraged to go into radio hosting to make people speak their mind; spread the truth and give opportunity to independent artists who want to spread and propagate their music.
As a Radio host, Macfardden has hardly recognize that he is doing the work of a journalist, because he has never been trained in any journalism school. His Radio experience, he said, started off naturally,  having fun and got stuck in it. He has never thought about going to school having no feeling for it as a need for it. He believes that if one has an ambition that one can achieve his goals. He says that he has been doing radio hosting for a long time, and at every point he reaches a new level.
Macfardden is 35 years. He feels  good that the Real Vision Radio has already about 3000 fans; it is growing and can be tuned all over the world. The Radio has a free phone application for applicant Blackberry and Android, and a gmail account. The R artists he says send their music that is played on Real Vision  Radio 24 hours, because the radio is on and never off.
Macfardden and Francois's goal for Real Vision Radio is to have a multi-media company and support independent artists on a large scale. Already, ILL Tactics, Sophia Stewart (author of Third Eye) and Faro Z are being featured on the radio.
Apart from being a radio host, Macfardden, is also a part time MC, writes hook songs and has a full-time job with Aramark. He says his earning is a lion input into financing the radio station.
To begin the Real Vision Radio, he said himself and the co-owner looked up on the internet about how to go about it; acquired the mixing board, a laptop and a microphone. He says they are happy at the progress they are making and that there are companies that are looking at the Real Vision Radio for possibility of advertisement placement. He emphasized that there is no money coming in right now from the Radio operation, but the radio has a website where people can donate to assist in programming. There are also souvenirs bearing the radio's name that are sold to fans at functions.
HTML Comment Box is loading comments...
NEWS AND FEATURES
News & Features Around The World