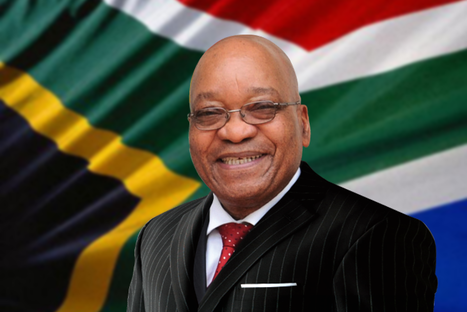 Jacob Zuma
In human societies, inequality is like nature, because humans' possession are never equal. Some are bound to have more than some others.
​     The widening of the gap between the rich and the poor, and leadership's inability to address it, has led to worsening competition between the rich and the poor, with the poor in efforts to catch up with the rich at all cost.
This naturally leads to unemployment and poverty, as the two scourges that have worsened the situation of inequality, since more and more people are believed to be falling out of gainful employment and the richer are getting richer.
​    Jacob Zuma surely knows the politics, but he does not seem to have the knowledge that his own ways, like allowing public money for the facelift in his own Nkandla home, is saying should not be seen as worsening the inequality in South Africa.
It is the search for employment and the urge to escape poverty that drives the current immigration from poor countries to rich countries. It is not new, though it is called new immigration in studies across colleges in the United States. The rate and the desperation of youths, to move from poor countries to the richer countries, in search of greener pastures, has been exercerbated. And South Africa is one of the rich countries, where youths in poorer countries immigrate.
As Zuma mentions the three ills as the common enemies South Africans should unite against, instead of fighting one another, he has not explained how he expects South Africans to do this, outside South Afrricans' legitimate election of his person as president to take charge of affairs of the nation and tackle these ills.
The need to ensure employment for all is part of philosophical issues that Socrates and Adeimantus discussed in Plato Republic. Based on philosophy standpoint and the guardian that Zuma represents in South Africa, he is expected to be able to address the ills he has enumerated, and it is for his inability to address them that has made the people to begin to express concern about his leadership, and that is directly and indirectly affecting ANC's fortune. The youths of South Africa arre asking the reason the rich and the poor be given same access to free education, which should be enjoyed only by the poor.
These youth are saying they believe the ANC is a common platform that has given them liberation, but they say they require a change of leadership, because they believe that Zuma has failed to address the ills in the country. Just as Zuma is failing in South Africa and he is abdicating his responsibilities, so are leaders in other poorer countries failing in their responsiblities to their citizens.        Politicians talk everyday about addressing unemployment, poverty and inequalities as Zuma has done, but people have grown to seeing that politicians are insincere and that everyone has got to find ways to resolve their economic dilemma. It is why poor people in Afirca are ever ready to cross the Sahara desert and the Mediterranean to get to Europe or poor people from Latino countries get across Mexico to cross into the United States, notswithsatnding the danger to their lives.
In the bid to protect provisions for their citizens, leaders in developed countries are compelled to make immigration difficult from poor countries, using every excuse possible. And they are justifiable, because every country is supposed to be able to provide for their citizens. Countries that are unable to provide for their citizens, not only them to dangers involved in traveling without papers as illegal immigrants, they also make those with legal papers hewers of wood and fetchers of water in rich countries.