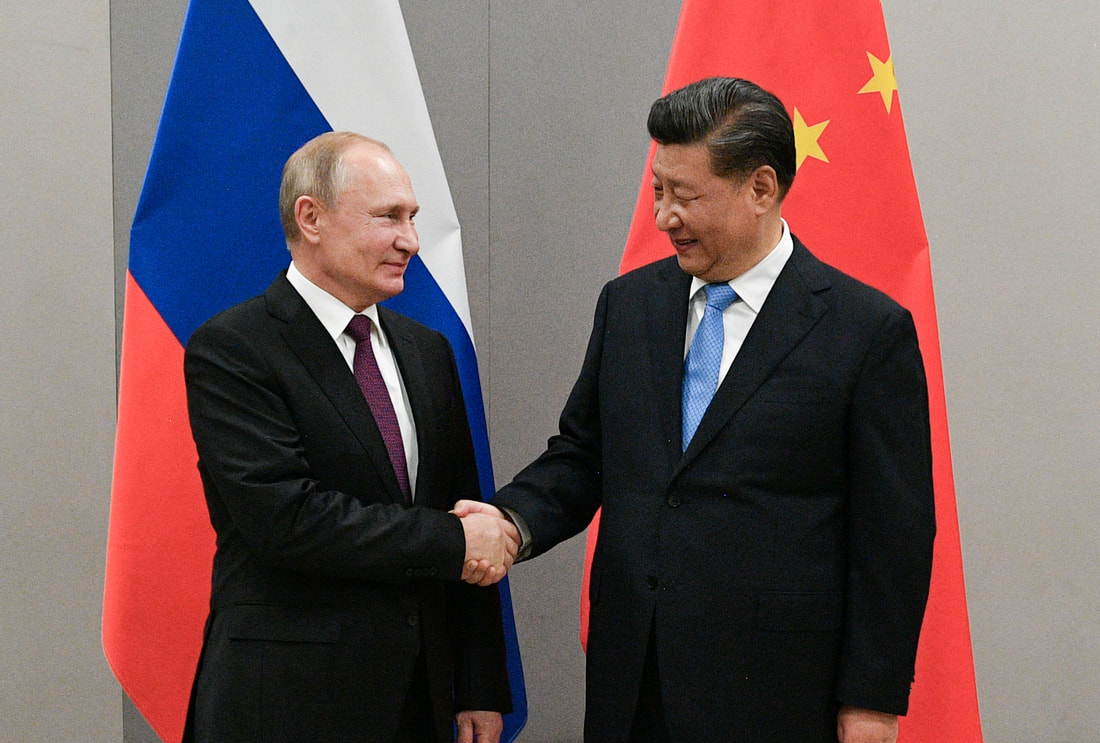 Vladimir Putin of Russia and Xi Jinping of China (Courtesy: Reuter)
Russian soldiers mass at Ukraine's southern border for a potential attack. Information also reveals that China plans to move against Taiwan after the Olympics. It is uncertain to predict the outcome of the Russian attack on Ukraine and China's unfriendly act against Taiwan. How have the people in Taiwan reacted to China's plan against the entity, and what about Ukraine's people's reaction to Russia's unholy act of sending soldiers to the country's border?
The imagination about people's reaction in Ukraine and Taiwan can only be one of the fears amid the possibility of a loss of lives if the unfriendly act of China and Russia leads to a war against the former entities.
​     Let us take a look at what happened in the ancient days when a more powerful land of Assyria threatened war against Israel in the days of King Hezekiah. King Sennacherib of Syria believed he was more powerful than his counterpart in Israel and that Syria's decision against Israel was unstoppable. But that did not deter Hezekiah from rousing the Israelites into an action they believed could prevent the Syrians from staying in Jerusalem if they dared an attack.
Vladimir Putin of Russia and Xi Jinping of China is the modern-day Sennacherib. Putin is careless that Ukraine is an independent country. It is not the first time he would be carrying aggression against the European nation. And people have asked whether Putin's problem with Ukraine is because Russia and Ukraine share a common border. Curious observers have brushed common-border as the reason for Russia's aggression against Ukraine.
However, information has revealed the reason advanced by Putin as a non-territorial ambition. He says he does not want an extension to Russia's territory against observers' view. The latter had said Ukraine being a former part of Russia before independence, Putin planned to reclaim the land. But an article in a New York magazine said Putin wants to reassert geopolitical relevance. Thus raising a question about the type of relevance Putin is reasserting that warrants sending soldiers to a neighbor's border.
What about China's action in the far east? The conflict between China and Taiwan has a long history, just like the history between Russia and Ukraine. However, a long historical relationship should not cause a problem without a powerful entity wishing to keep a less powerful entity under its control. There was a time that Taiwan needed China's help, and China did not hold back. But trouble began when Taiwan decided it was better to be independent of China. And in the process of seeking independence from China, Taiwan looks up to the United States, a development that may have aggravated China's anger against Taiwan.
Independence is a part of the Democratic process. Every democratic nation is supposed to approve the independence of other entities. Unfortunately, China and Russia are not democratic countries, and their leaders are not in their actions. Therefore, the United States, as the only defender and encourager of democracy around the world, has intervened in the case of Russia's aggression against Ukraine.
President Joseph Biden has threatened a mother of all economic sanctions if Russia invades Ukraine. The intervention seems to have opened a door of moderation from the Russian strongman, but he has not pulled his troops back from the Ukraine border. Observers have concluded Putin is emboldened in his action against Ukraine because he knows the U.S. will not be involved militarily.
The same applies to China against Taiwan. The U.S. will only supply weapons to Taiwan based on an agreement between the U.S. and Taiwan if China attacks Taiwan. On the other hand, observers view Putin and Jinping as working together using the Covid-19 crisis and the current uncertainty of the U.S. leadership to push a dangerous decision. And the world watches whether Russia will attack Ukraine or pull back the soldiers, and waits until after the Olympics to see what Jinping will do with Taiwan.