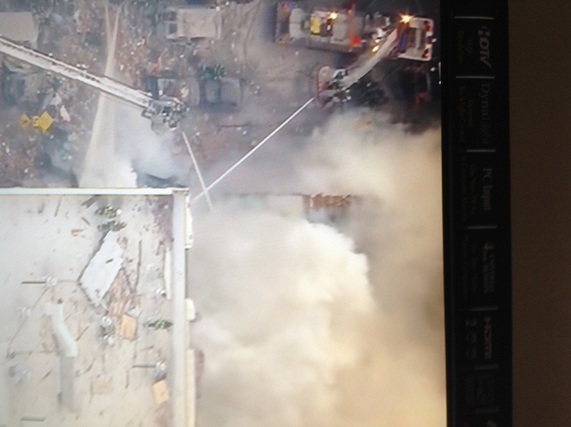 Seven people had been announced dead and 70 injured in two houses that collapsed on Wednesday at 116 Street and Park Avenue in Harlem, New York. The two buildings reportedly collapsed following an explosion.
"This is a tragedy of the worst type, because there was no indication of anything happening, safe the gas leak reported 15 minutes before the explosion." Mayor Bill de Blasio said at the scene.
The mayor said that a number of people have been confirmed missing. He said that search is continuing in the rubbles to find if there were any more people trapped.
Officials are distributing masks for residents in the area to forestal health problems. People are talking about possibility of evacuation for people living nearby the scene of the accident. About 225 fire fighters are currently working on the scene.