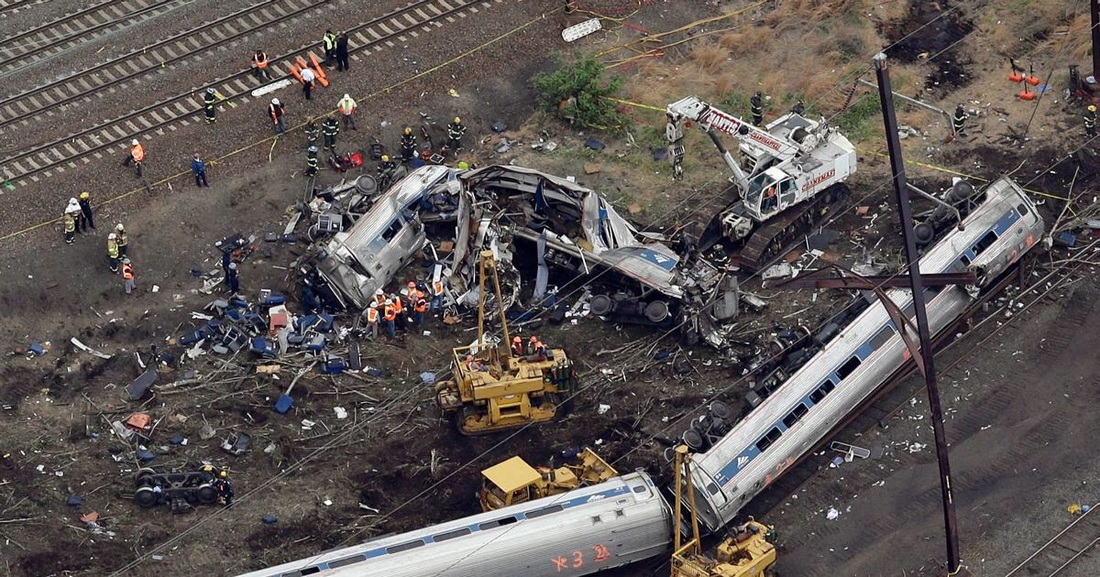 The accident scene as shown on Wednesday (Courtesy: New York Daily News)
Seven passengers have been confirmed dead and scores injured in an Amtrak train accident following derailment in Philadelphia, United States, on Tuesday evening. The accident occurred at about 10.00 pm on Tuesday evening, while the train was traveling from Washington en-route New York City.
There were about 243 passengers on the train at the time of the accident, and one female passenger from New York was being sought for her whereabouts to determine her fate.
Picture shows that the accident occurred while the train negotiated a a sharp corner and that when about seven cars derailed, passengers fell off their seats amid cries of woe and that some were trapped under seats and others struggled to locate an exit.
On Wednesday, efforts are still being made to ascertain the cause of the train accident. Reports said that the train's black box had been recovered and that it was being analyzed at the Amtrak's headquarters in Delaware.
NEWS AND FEATURES
News & Features Around The World