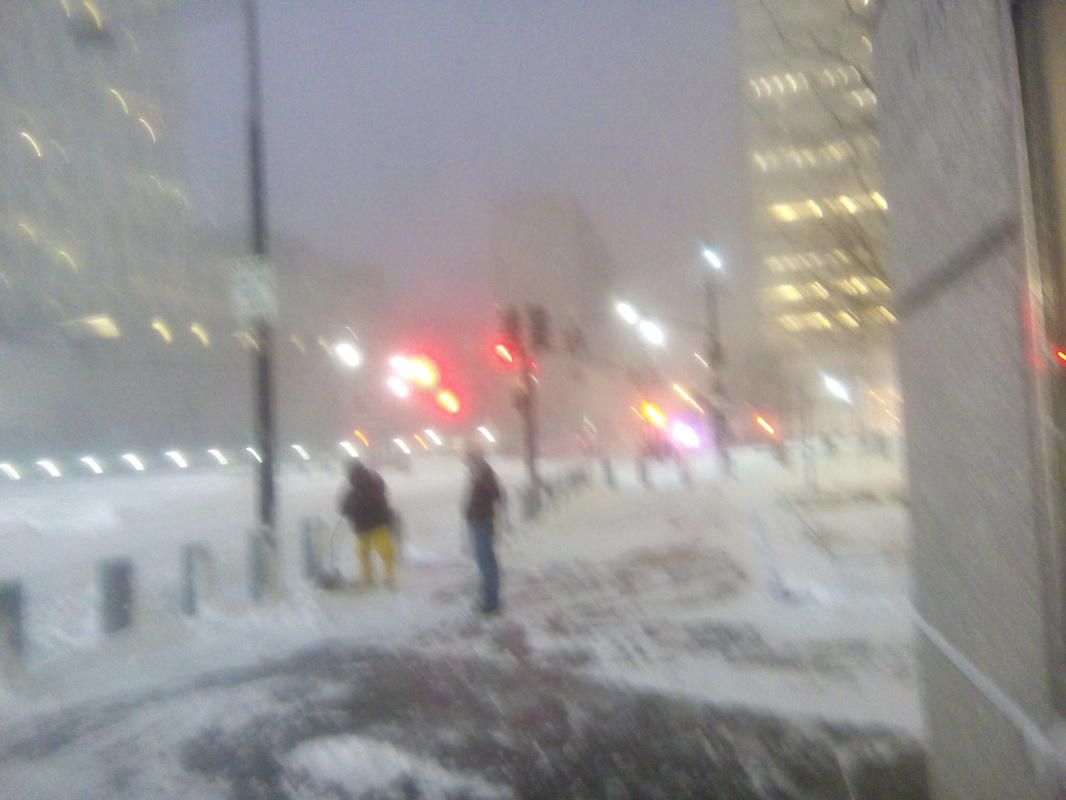 New York City on Saturday at about 17:30 pm
Residents of New York City have been banned from traveling as a consequence of the snowstorm that has enveloped the city and other states in the United States. The ban came in the afternoon of Saturday as the snowfall continues as it has been predicted and the city decides it is time to act to save lives. The ban takes effect from about 02:00 pm.  A warning first came out warning people to stay indoor and not go out and that anyone on the street may be arrested.
"I cannot come to work because there is a travel ban in the city and I don' t want to be arrested," a resident who lives in Far Rock Away part of Brooklyn calls and tells his office there is no way he can make it to work.
Many offices that are on essential services have told their staff not to leave without getting relieved. A staff of an affected company  said on phone that he is stuck, he cannot leave because his relieve  cannot come to work. Equally, those already at work cannot leave to go home as a result of the travel ban. It is not the first time the state governor, Andrew Cuomo,  has threatened to get people arrested if they are found on the street. Just few weeks ago, he warned that the homeless should be taken out of the street, when the weather became frigid cold and said that if the homeless refused to leave the streets, they be forced out or be arrested.
At that time, the governor was criticized for not providing shelter for the homeless and for showing to be wrongly concerned about the situation of homeless people when their situation would have been taken care before the arrival of the frigid cold. Others said that Cuomo was showing the human aspect of him and that he did not want people to die as a result of cold and then make people ask his office to account.
NEWS AND FEATURES
News & Features Around The World