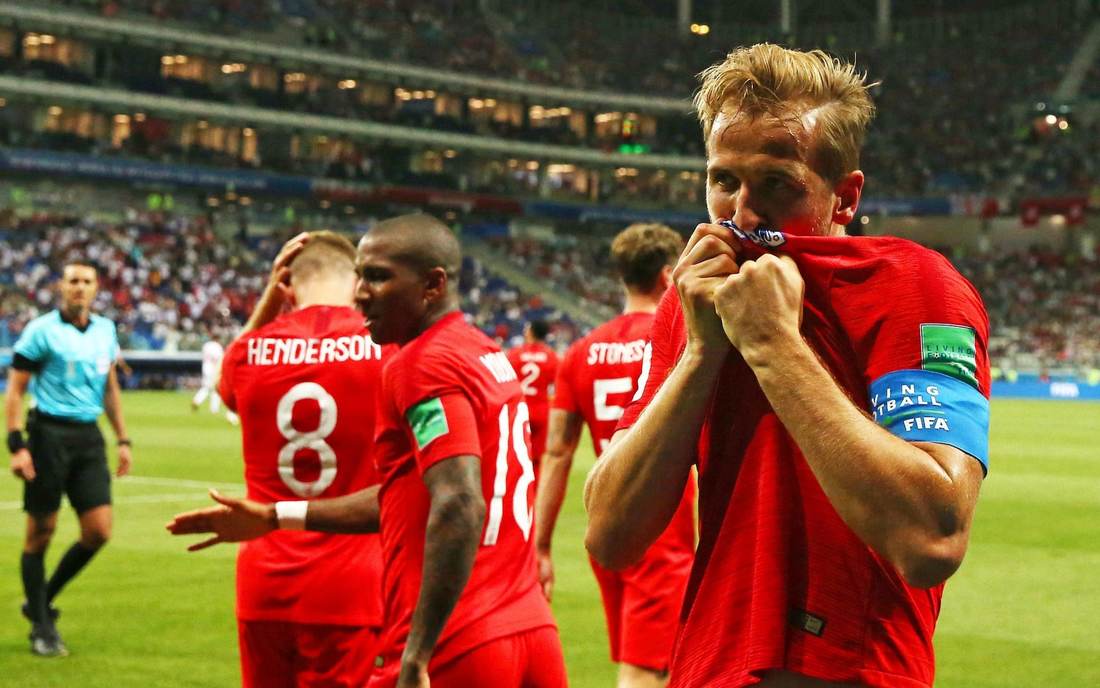 Harry Kane, hero of the England's defeat of Tunisia with some team mates on Monday after one of his two goals to push England up. (Courtesy: The Telegraph)
Since the beginning of the FIFA 21st World Cup tournament in Russia, soccer enthusiasts have glued to the television screen all over the world. Nothing will stand between soccer lovers against watching their favorite teams in play.
There have been news reports about people calling out at work to watch soccer. It has made people to ask whether there is anything as sweet as soccer. And some people have preferred an answer that music is sweeter than soccer.
Is this true? Haven't seen soccer players on the field the way they run to score goals and how they celebrate their goals, and fans outside the field of play go agog in celebration? It is like people under the influence of an Opium, an equivalent of the description of the relationship between religion and the people.
But no matter what people say, the truth is the music is universal, and soccer is seasonal. Yes, soccer is played all over the world, but it is played in some countries than it is played in some others. There are countries, where Cricket or Baseball are kings and soccer is nothing other than a past time.
But FIFA has succeeded at bringing the world under one umbrella for the World Cup season every four years, while various countries, where soccer is played consistently have their own programs to keep the momentum with leagues before the World Cup fiesta.
The soccer fiesta. like music, is on in Russia. Belgium defeated Panama 3-0 on Monday, showing unquestionable superiority in the game of the round leather. The question over superiority arose over the encounter between England and Tunisia. Many observers say England ought to have outscored Tunisia, and for England to have defeated Tunisia with a margin of
2-1 is not a show of superiority, and that Tunisia has challenged England and that Tunisia's fall to England with a margin of 2-1 represents one of the surprises of the World Cup.
Every team in the World Cup are like men and women who have set out in the journey of life and all want to have breakthrough and be seen as winners. Not everyone wins. Some will win and some will lose. It is a game of give and take and not a win at all cost. It is a game of love that unites the world. It is what makes the game almost equivalent to music.
Widget is loading comments...
NEWS AND FEATURES
News & Features Around The World