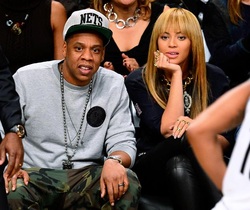 There is a video making a round showing Solange, Beyonce's sister bashing Jay-Z. No one knows what may have led to the altercation. But Wendy on Channel 5 says Solange's fight is for Beyonce against what she call Jay-Z's systematic flirting that Solange feels it is time to show Jay-Z disapproval of an unwelcome act.
Wendy says she doesn't believe Jay-Z and Beyonce will make a statement. The question becomes why would the couple not make a statement to let the public know the truth of what happened at the after party.
Earlier the duo of anchor on channel 5 had said in their discussions on the air that Jay-Z and Beyonce were together at the Barclays Center on Monday for the Nets' game, a proof that their relationship was intact. If the presentation of the anchors is to be believed, then Wendy's assumption will be faulted. And that leaves the public in the dark as to what actually may have caused Solange's altercation against her brother-in-law.
However, the fact that Beyonce traveled in the same car and not with her husband after her sister was seen pummeling her husband gave weight to wendy's analysis.
It is over to Jay-Z and Beyonce to tell the truth of what really the matter that leads to a public fight that shouldn't have been allowed to go on tape with all the security around them.
NEWS AND FEATURES
News & Features Around The World