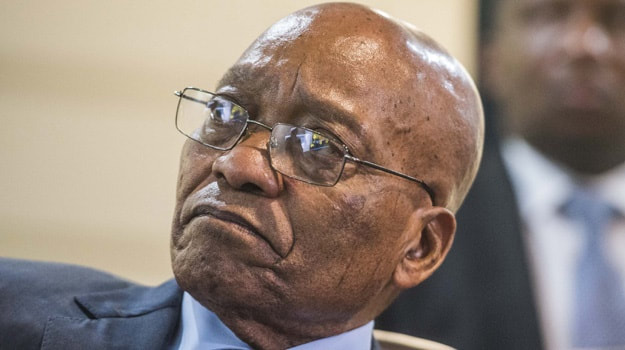 Jacob Zuma
Jacob Zuma seizes to be president of South Africa, following his resignation on Wednesday, after he first refuses to obey the ANC's request to quit.
Two reasons Zuma gave for his resignation are the fear of the 'vote of no confidence' and 'impeachment' from office, which would have culminated on Thursday after his refusal to obey his party.
After Zuma defied the ANC's order for him to step down from office on Tuesday, the party threatened and scheduled to support the opposition for a vote of no confidence hearing against Zuma in the parliament on Thursday.
"I fear no motion of no confidence or impeachment...I will continue to serve the people of South Africa and the ANC. No life should be lost in my name. The ANC should never be divided in my name. I have therefore come to the decision to resign as president of the republic with immediate effect, Zuma reportedly told South Africans in a public address."
.    Observers had thought that with his pride and bravado that Zuma would allow the vote of the no motion of confidence, a development that would have made to be like a man whom his adversaries wanted to roast and who was wetting himself with fuel.
With his resignation the last minute before the motion of vote of no confidence on Thursday, he has shown a fall after pride, after he had called the bluff of the ANC in his reply to the request for him to step down. Zuma unbelievably said in a media briefing early on Wednesday that he had done nothing wrong and he challenged the party to explain to him, what he had done wrong that required him to step down unceremoniously.
Few minutes later, words emerged that he would be addressing South Africans late on Wednesday, while another news emerged about the arrest of one of the Gupta brothers by the police in a raid. The Gupta family and Zuma have been accused of State Capture, peddling influence to corruptly enrich themselves at the expense of South Africans.
Observers are saying that it is possible that after the news of the police raid on one of Gupta's  premises and the arrest of one of the Guptas, Zuma quickly realizes one of the accusations against him and the reason to take the plunge out of office ahead of Thursday.
Widget is loading comments...
NEWS AND FEATURES
News & Features Around The World