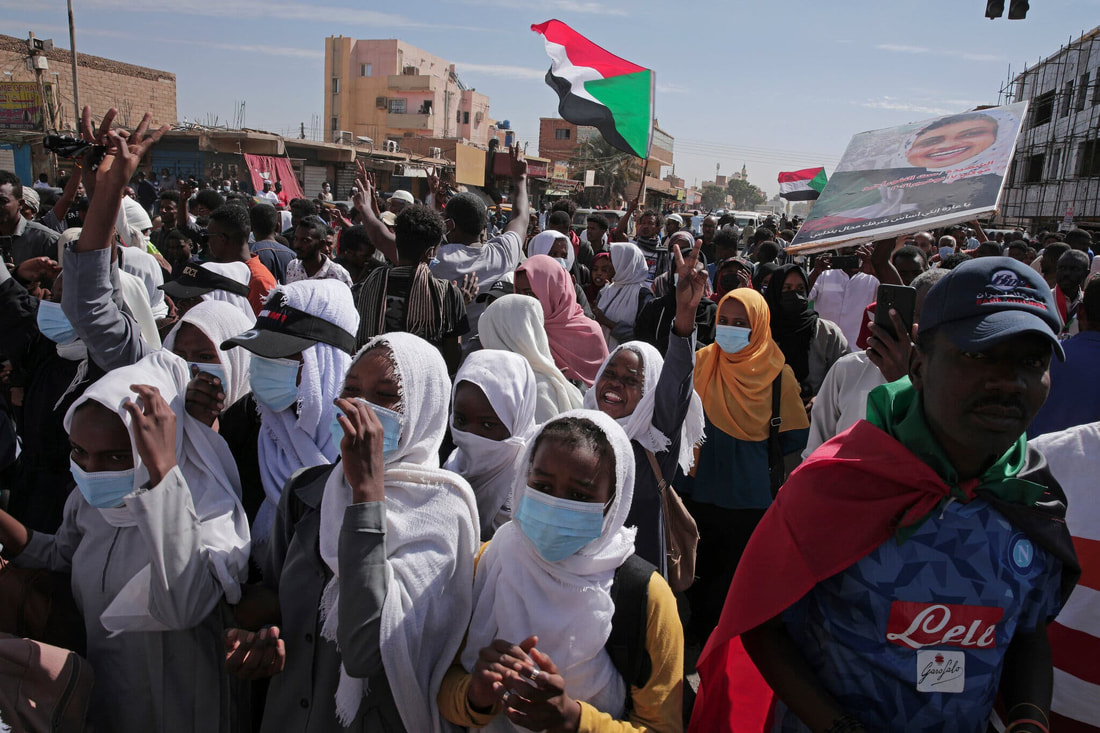 Sudanese people on the street protesting against the resurrection of military rule (Courtesy: New York Times)
Three people died on Sunday during a protest rally in Khartoum following Sudan's Prime Minister Abdalla Hamdok's resignation. Reports show that about 59 people have lost their lives in two months of unrest following the country's army coup that unseated Abdalla Hamdok two months ago before his reinstatement and now eventual resignation.
​Sudan's history has resurrected the story of Sudan's former strongman, Omar Hassan al-Bashir, and the return to democracy after his overthrow. But more important is the loss of gains that the country had witnessed in a short period of democratic rule. "I have had the honor of serving my country for more than two years, and during this period, I have sometimes done well; I have sometimes failed," Hamdok said in a parting speech on Sunday.
Handok's resignation must have come as a surprise to political observers in Africa because African leaders rarely resign from office even under challenging situations that peril the citizens. Should this resignation be seen as a good omen or a curse? It may be too early to conclude. However, events have shown that his resignations on two different occasions were not voluntary but forcible by the military leaders who had seized power. Hamdok's first resignation happened when the military took control in October 2021. The people's protest forced the military to return him to office following November of the same year. And the protests have continued amid the breakdown of law and order despite Hamdok's return and a military-civilian government in place.
The military decided Hamdok must go as a last resort, enabling the officers' complete control. And perhaps take responsibility for the unrest and the killings. And so why did Hamdok agree to return to the government after his first sack in October? Why did he not leave the country or refuse to be part of any cooperation with the military? Was not he aware the officers were merely using him to convince the people that they (the people) are part of the government to allow the military a foothold and acceptance?
Africans are not strangers to military coups and military rule. They are not strangers to the loss of freedom and good life that often accompany military rule. The real problem is that lackluster civilian rule is often the cause of military revolt, making people untrained to seize the reign of power and become leaders. The military has always emerged at the center of power in most African countries, saying it has come to right the wrongs caused by civilian leaders.
Loss of freedom of expression under civilian rules is replete is common in Africa. The military uses such abrogation as a reason for coming to power but later to turn into the worst violators of freedom. However, with the people of Sudan on the street protesting against the military intervention with blood spilled and 62 lives lost, should not the officers see their emergence as unwelcome and need to leave?
Of course, they hardly leave but always talk about making plans toward another civilian rule. And some of the officers will return in the future as civilian leaders to share the booty