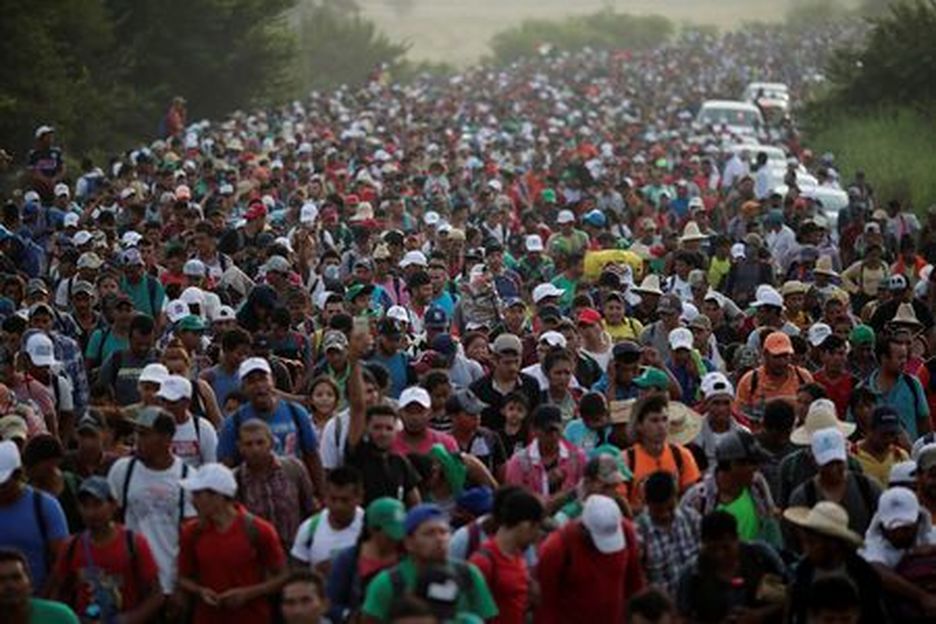 Where are they coming from? They are coming from Central America. Has war broken out in Central america? No war has broken out in Central America. What prompts the caravan of the asylum seekers coming to America? They are coming in search of a better life!
Is the search for a better life ground for asylum application? Searching for a better life may not be lawful ground for asylum seekers. I may not be right.. But I know that when you apply for asylum for whatever reason, you need mother-luck to be approved, because not everyone who applies for asylum get it.
The most important issue about asylum is that one can apply for asylum on the ground after entry or at the port of entry or outside the country. But the application for asylum must be approved for an asylum seeker to eventually settled down to live in a country of his or her choice or he or she can still be sent out if he or she fails to pass the criteria for asylum seekers.
Secondly, it is only in war affected areas that refugees who are fleeing from war seek other countries to go away from the danger of death. Like we have witnessed in Libya, Syria, Iraq, Afghanistan, and some African countries where useless wars have decimated innocent lives. There has been no case of people anywhere in the world embarking on a caravan in search of a better life. And because of what the world is current,y witnessing about people coming in a caravan toward the U.S. in search of asylum for better life, people are jokingly asking around about how other people entered the U.S. How did you make it in your own case?
Someone said that she entered the U.S. through Canada hidden in the bonnet of a car. Another person said she first entered Canada, settled down in Canada for sometime, before continuing her journey into the U.S. Some entered legally for one conference or another, but ended up in a relationship and marriage with Americans - using the power of love and the respect for conjugal relationship to get the ticket to become residents. It is said that there is a large number of undocumented immigrants who have failed to pass through the asylum court successfully living in the country.
The number of people coming in search asylum from the Central America are reported to be in thousands.People are saying they are more than massive, and people are asking how the government will manage the situation. President Donald Trump has said the caravan asylum seekers will not be allowed into the country. Soldiers have been sent to the border in the south to help Immigration officers to handle the situation expected to be tough.
There have been questions about why the president should be sending soldiers to undertake a responsibility that is not their primary duty. Somehow, the soldiers are still there. Some people support the president's effort and some people are against his effort. A circuit court in Washington has temporarily stopped the president's effort at checking the advancement of the thousands of asylum seekers. Curious observers think that since past presidents and the current president hold the same view about how immigrants should come into the country, they see no reason why the Congress cannot swiftly amend the law to check the advancement of the caravan from the central America. But people lament the division caused by ideology and the senseless struggle for power.
However, one good development is the turn of events for the asylum seekers in Tijuana, a city near Mexico where residents have protested the presence of the large number of asylum seekers, and their views are similar to the American president's decision that the asylum seekers should not be allowed into the country based on the way they are coming - the good guys and the bad guys mingled together..
There have been reports about how these asylum seekers are organized, receiving help from counselors to navigate their paths through the long and tortured journey. People are saying that a lot of money may have been involved in the organization and the care for the asylum seekers. But who are the likely financiers of this caravan?