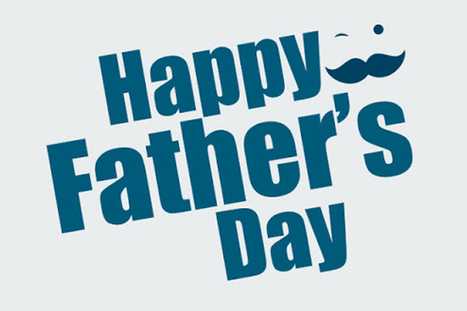 Courtesy: Palm Beach Kennel's club
The father is important. The mother is also important. Children are not less important. This explains the reason the society has mother's day, father's day and children's day. Many people believe that these days are marked not just for show, but to encourage good behavior for the family and the well being of the society as a whole.
Now some people are suggesting that should not these three important days be fused into one family day, when fathers, mothers and children are celebrated? They say bringing the family day as one entity will stop the divisibility and the tendency to think that mothers or fathers are more important than one another and ends manifest schism in the family.
Without the family, there will be no human society. of course, there is a human society that is characterized with good and bad behaviors. "Happy father's day," mothers and children wished fathers last Sunday, alluding to the celebration of a father's day. Many mothers and children published messages on the Facebook praising their husbands and fathers as the best that have happened to them and humanity, and that without the men in their lives as fathers, their lives and the world would have been different.
When the population of the world is considered and the number of families that make up the human society to the number of mothers and children, who published praises of their fathers and husbands, the reality would be that there are millions of fathers working silently to raise families without making a public praise of it. This does not mean that those who are making public praise of their husbands and fathers have committed any error. All goes along way toward making the world a better place.
There is an agreement that the family is the bulwark of the human society. And that without any effort to make the family a home and a place of welcome, where good behaviors from fathers, mothers and children, play important role at ensuring sanity in the society, the human society may not have been different from the animal kingdom, where the most powerful preys on the less powerful. Because the marking of the father's day, the mother's day and the children's day demonstrate the role that love and compassion play in the family.
It is love that brings the man and the woman together to begin a family. It is the same love that propels the father and the mother as parents to devote time and resources in the upbringing of their children. Many adults have stories of how their mothers will forgo eating in order to ensure that the children eat. While many women have stories of how the man has nearly worked himself to death to ensure the survival of his wife and the children. Everyday, we hear stories of children who have witnessed their parents selflessness in bringing them up going back to give back the same compassion their parent have shown them.
Like the love and compassion that are the laws of the family, the family has no color or gender and religion or country. It is everywhere. It is black and white, it is Christian, Muslim or belongs all the religions and countries in existence. It is the foundation that holds the world and humanity together. It is the umbrella for the survival of humans created by God to increase and multiply in a hard and perilous world.
It is a world, where no one wants to have a father and mother that are disobedient to God's commandments, leading to a curse under which humanity has reeled and responsible for prolonged and avoidable suffering. it is why praising and publishing the good behavior of fathers and mothers and children are welcomed, and not meaning that those parents who don't publish appreciation of the love and compassion of their fathers and mothers are less appreciated.