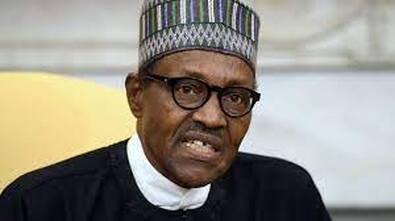 Bandits' killing of 140 Nigerians on Friday in Zamfara State hit the news wave bringing the country to memory about the security situation in the North-Eastern part of the country. It was called a war declared on the country by Boko-Haram.
​       The world expected a seizure from the terrorists' reign of terror, but as the fight intensified, the issue of kidnapping for money set in adding to the worry.
The country has learned to live with the nemesis of Nigerians getting killed by criminals. Killings don't shock Nigerians again. Instead, they have learned to live in the equivalent of a war situation. President Muhammed Buhari confirmed the dire insecurity when he said he had someone who would succeed him but dangerous to mention the name.
How did Nigeria descend into this mess? Nigerians have been debating the insecurity in their country for several years. My first published article in the Daily Times in the early eighties as a Nigerian was about the crime that had taken over the neighborhoods arising from the government and affluent Nigerians' carelessness for poor Nigerians.
The first executed armed robber in the country confessed that he became desperate to get rich at all cost when a motorist spilled dirty water on the road on him after a rainfall. Yet, capital punishment for robbers has not solved the issue of armed robbery in the country. Instead, the incidences of theft and corruption have increased over time. Armed robbery became part of the Nigerian experience immediately after the civil war in the early seventies. People then said the civil war was the cause of the loss of innocence. Getting rich at all cost caused by the oil wealth also come in for mention. Successful news reporters and commentators grapple with the problem all the time without commendable outcome.
Another factor responsible for the rise in crime is the ineffective prosecution of offenders. Poor offenders face the consequences for their crimes, but not for the rich or those connected with the rich and politically powerful. A good example was the killing of a journalist with a letter bomb in 1986. No consequence came to those directly involved because they were all former military officers.
Observers say there are influential people behind the Boko Haram slaughters. But no one has been apprehended. Crimes Crimes committed without the arrest of offenders will only encourage others. The Nigerian nation fought a bloody civil war to keep the country one, even though the entity has continued the fight against separatists. A considerate investment in military arsenals against brothers and sisters in the East to keep and maintain their source of oil wealth in the South East.
Why has not the same undertaking against Boko-Haram as allowing crime become free enterprise in the country? Take a look at the possibility of State police operation if federal police no longer serve the need of protecting the people? We live in a confusing world. The United States operates State police, yet crime is on the rise due to turning eyes away from effective prosecution of offenders
Comment Box is loading comments...
NEWS AND FEATURES
News & Features Around The World