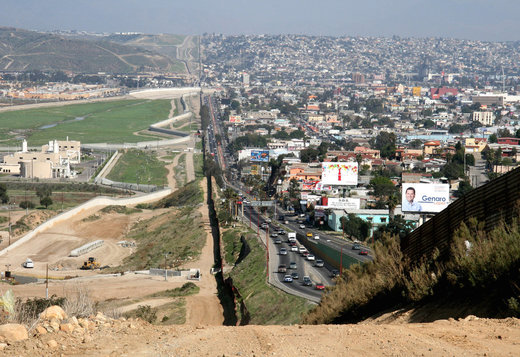 President Donald Trump has issued an ultimatum that if there is no way forward on the issue of border security, he will be ready to have a government shut down.
The president's statement has attracted questions about what his administration will gain from such a conflict with his opponents.
Trump's threat for a possible government shut down is the height of the battle over border security, between his party and the opposing party.
The ruling party wants border security with a closed border, with some forms of security check, to separate legal migrants from illegal migrants. While the Democratic Party is fighting for an open border, where immigrants can stroll into the country without any form of security check.
Many observers argue that both open and closed borders are impossible ideas. The argument supports some forms of border security. They say that even in less advanced countries that are less attractive to immigrants, border security with some forms of scrutiny to curtail influx of illegal immigrants are in place. The same is said to be applicable to many of the advanced countries, and that there is hardly any country that has an open border without some forms of security and scrutiny of migrants, toward discouraging illegal migration.
In the middle of the debate comes the issue about building a wall as being requested by President Trump. His supporters believe it is feasible to build a wall, while his political opponents think otherwise. However, curious observers are saying that Trumps opponents may have no choice than discuss with Trump on possibility of having some forms of border security, even if they will not accede to his choice to build a wall.
Observers are agree that the Trump's wall idea may not be very popular outside his supporters' camp, but that as a campaign promise, he is serious about pushing his idea against Democrats open border idea, and that in-between, the people would decide whether an open border is desirable against a closed border, and that whether either of the two with some forms of security and scrutiny of migrants is desirable.
But unfortunately, the fight to curtail the MS13 gang in the country has created an uphill task for proponents of an open border, as people are saying that it is dreadful having members of such a gang coming in and out of the country at will, without some forms of security to check their influx and others like them.
The issue of the MS13 gang members' infiltration in the U.S. has bolstered Trump's call for border security against an open border, and against the idea thrown into the political debate by liberals for the sack of the ICE, amid the recent imbroglio of the separation of children from arrested illegal adult migrants at the border.  The ICE is the U.S. Immigration and Customs Enforcement.
Just as people are against the separation of children from their parents, people are also against any discussion about the disbandment of ICE, and giving the MS13 gang members a free rein in the country. The ICE is considered a counter force to the MS13 gang and others like them. The ICE is legal and not a criminal gang like the MS13.
Comment Box is loading comments...
NEWS AND FEATURES
News & Features Around The World