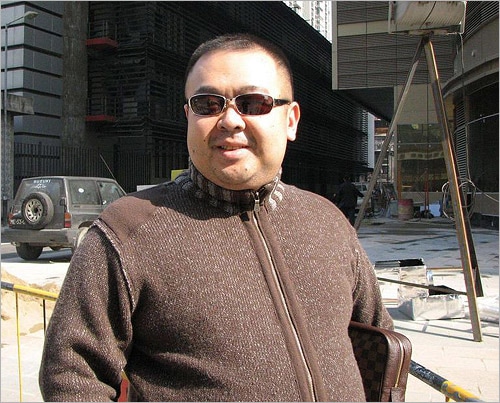 Kim Jong Nam, eldest brothert to Kim Jong un, reportedly killed in Malaysia.
Why are people dying to be in control of affairs? People say to be in control gives influence and that influence is power, especially political power. And that people will do anything to hold or maintain power.
However, when power slips, the struggle about who has the power, puts the welfare of the people in the secondary position or in abeyance, when contenders for power, face each other in deadly struggle.
Two incidences in the last few days illustrates this assertion: The killing of North Korean leaders' elder brother and the resignation of General Michael Flynn - National Security Adviser in President Donald Trump's administration in the United States.
So much have been said about how  Kim Jong Nam abandoned North Korea, following his father's death and his loss of power to his younger brother, Kim Jong Un, who has not stopped from eliminating anyone, including family members, whom he suspects of capability of dethroning him.
He was out of North Korea as a fugitive, still his nemesis sought and found him and forced death on him, so he did not trouble them and they could be comfortable with the juice derivable from power.
It is all about the juice in power and the struggle to either hold on to it, manipulating the system and the election or turning the fire on the opposition. Some people are saying it is why change is difficult to effect in the human society, and the reason the rich are getting richer and the poor are getting poorer.
The reason everyone wants to be in power or close to people in power. The capital city is the seat of power and it  is from here that the juice flows to other parts. The control of the capital city and the apparatus there, matters, manifesting the current deadly struggle over Washington.
"We will drain the swamp in Washington," Donald Trump chorused as a presidential candidate, unaware that he too has to struggle for his own swamp drained first by the powers inside the Washington swamp for him to be able to drain the Washington swamp.
Those who have read "Beowulf" - adventures of s great Scandinavian warrior, will agree that Beowulf killed the monsters - Grendel and its mother,  in the Swedish swamp, and stopped the bloodletting among Swedes.
But as a king in his own country, he fell fighting the dragon that watched over the wealth starched away by the rich. Though, he killed the dragon, but the dragon also got him, because his fighters abandoned him to fight the dragon alone. There is also the danger, which a new leader, who lacks the knowledge of the swamp is taking, when he decides to drain the swamp and get rid of the questionable people, whose livelihood depends on the swamp.
Even in a democratic dispensation, when a new president comes to power, he will either do away with people who have been in service before his election or decide to retain them. If he overdoes the removal and bring his own people, the accusation of moving toward autocratic powers will be brought against him.
When he retains the followers of his predecessor, he risks becoming their enemy, if he refuses to follow their laid down ways of doing things. People say It is why change is impossible and that people expecting change for a better life have better work harder for continued sustenance.
NEWS AND FEATURES
News & Features Around The World