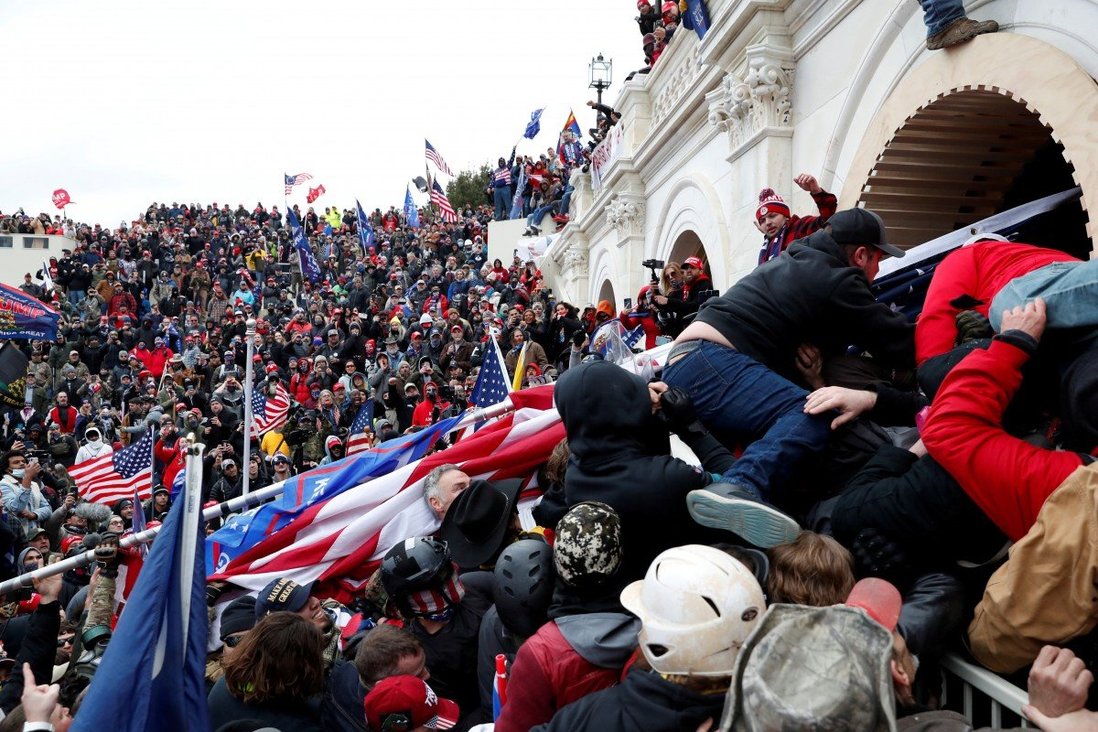 Four people reportedly died on Wednesday at the capitol in Washington during the election results' protest. One woman described as a fourteen year veteran of the Air Force died of a gun shot inside the capitol, while others died of undisclosed medical issues within the perimeters of the capitol. There have been all sorts of pontifications from politicians and their cronies in the television media about who may have been responsible for the dastard act at the capitol. The lawmakers who failed in their responsibilities to adequately address the issue of alleged election frauds in some states attempted to put the fault on the president for crying foul.
At the beginning, news reports said there was no election fraud. As times progressed, they said there were frauds but not as widespread as to call for reversing of the election results. And just few days ago, another report from Georgia election officers said that the Republican Party did not prepare for the signature identification and matching process.
Yet, they are saying the courts found no election frauds; the states found no election frauds, even the Trump's appointed judges found no election frauds, and that the former Attorney General Williams Barr found no election frauds. It was therefore based upon their own wisdom to move ahead with the transition disregarding the pains of seventy five millions voters on the republican Party platform.
No one is ready to admit that what happened in some states where the mail-in-voting process was allowed and the time allowed to count mail-votes into three days after the election was a prescription for fraud. The election culture in the United States as we know it is that voting ends at about 20:00 hours for voting in person and the same is applicable absentee ballots. But changing that culture to allow for three days for mail-in-votes to arrive and still be accepted is the cause of the trouble and suspicion of election frauds.
No one is against voting by mail. If anyone chooses to vote by mail, voting by mail began way ahead of the election day, and whoever wished to vote by mail had enough time to put the vote in the mail for the vote to arrive for counting latest 20:00 hours on the election day. Anything contrary is anathema and an invitation for trouble. We have heard dead people voted. People voted in states where they were not residents. We have heard that there were more votes than the number of voters in some areas. We saw bags pulled out from under the tables by few election officers in a television news reports and no one has taken time to explain to Americans the cause of that infraction.
It is true that all votes must count, but not to the extent of subverting the Constitution, and the election culture. The judges who allowed the introduction of mail-vote-counting three days after the election day cannot be left out of this discussion. President Trump is aggrieved. Has not he the right to be aggrieved? Does leadership means allowing alleged evil to be buried under the rug? Aside from the statements on his twitter handle and the statements he made at the rally, is there any evidence that encouraged any supporter to attack the capitol? Yes, he encouraged them to match to the Capitol is not an excuse to hold him responsible for the act of violence perpetrated by the mob.
If Trump is to be held responsible because some of his supporters perpetrated an act of violence after leaving a rally where he spoke about an allegedly stolen election and urged them to protest at the Capitol, then Trump's opponents too must be held accountable for the damages done to this country in the summer. But that is not the issue here. The issue here is about election integrity. Why should anyone voting by mail be given a different priority than people voting in person? If people voting by mail can have their votes counted three days after the election, then the person voting in person too should be allowed to still vote on the third day after the election. Since this is impossible, voting by mail too should not accepted beyond the time that voting in person closes.
Yes, President Trump should condemn the violence with strongest words possible. The break-in into the Congress is unacceptable. Pontificating and finding a person to blame is not end to this matter. It should not be the end of discussion on election integrity. And now that Mayor Muriel Bower of Washington has declared the type of violence witnessed on Wednesday as an act of terrorism and shows a line in the books to drive home her definition; many others too have described the violence as insurrection, and other said it is not who we are. Therefore, any protest with violence from now must be seen in the light of this recent definition. No double standard.
HTML Comment Box is loading comments...
NEWS AND FEATURES
News & Features Around The World