Up From The Belly of Arizona River 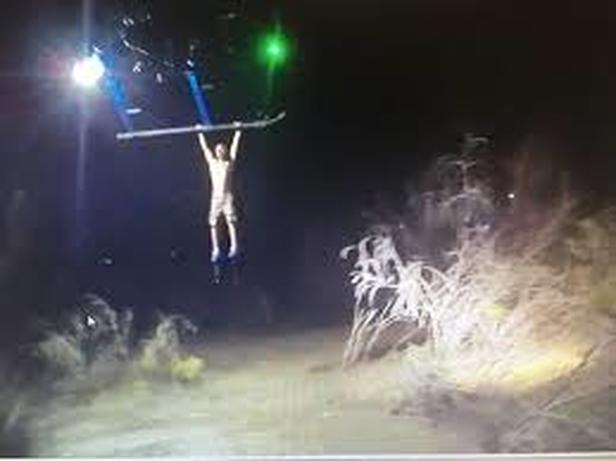 Up From the belly of the Arizona River (Courtesy:AZCentral.com)
The man in the photograph, hanging on a pole, was reportedly pulled to safety from the Arizona by a rescue team, on Tuesday.
News reports say the man is safe and alive, after his rescue. This is unlike stories of people swept away by river currents, against their will.
There is a massive water current under the man, from which he was pulled into safety.
​    Without timely intervention, people say that anytime could have happened.