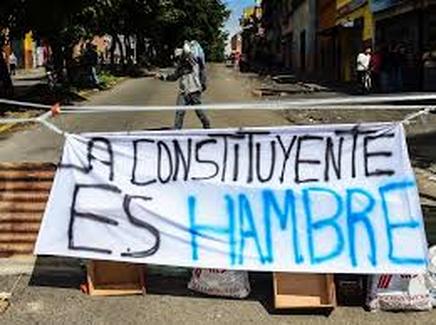 Streets are deserted. Police are all you see on the streets. Venezuela's trouble is seemingly out of control. Opposition candidates are reportedly seized and in jail. Observers are saying that Nicolas Maduro has run out of ideas and he is resorting to the use of force.
Maduro himself will not like the picture of the situation in his country. It is bad and people are going into unwilling hunger for lacking foods to buy in super markets, who have gone dry. The economic situation has compounded the political situation. Am election that is supposed to be free and fair is reported to have been marred by excessive rigging.
The real system on fire in Venezuela is Socialism. No one who sees the current situation in formerly rich Venezuela will want to touch Socialism with a long stick, not to talk about embracing it as an economic system.
NEWS AND FEATURES
News & Features Around The World