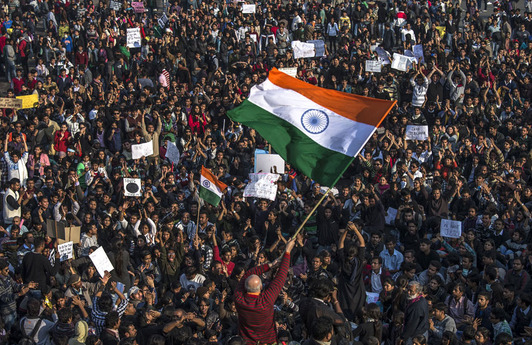 
Following an Indian lawyer’s statement in an interview in respect of Indian
rape cases that the rape victims are to blame, and that he hasn’t seen a
respected lady raped, questions are emanating about who in the category
of women can be regarded as respectful and who are those to be regarded
as lacking respect.
.
According to the lawyer, Manohar Lal Sharma, even an underworld don
wouldn’t like to touch a girl with respect. According to the CBC News/World,
Sharma was reported to have told Bloomberg in an interview that the two
Indian rape victims shouldn’t have been on public transit late in the evening.
Interviewees find the subject a bit difficult to make comment. And those who
agree to make comment choose to be anonymous.
One guy believes that first the problem has to do with the culture of the
society involved in the rape case. According to him, it will be hard for a lawyer
to advance such excuses for a rape case in a civilized society where everyone
is deemed respectful irrespective of lifestyle and where people are free to go
anywhere at anytime. Concerning Sharma’s statement that the rape victim’s
boyfriend disappointed her for allowing the girl to be raped, he said he would
defend his wife against rapist even if it requires dying, but not for a
girlfriend.
Is he saying women who are married are more respectable to be protected
than those who are single, he shakes his head in affirmation. In some societies,
he says they are and affirms he would die protecting his wife and certainly not
a girlfriend.
Another male New Yorker agrees with the first interviewee. “Women who
dress provocatively, go out dressing that way in the night to isolated places,
where there may be no people to protect them against bad men run the risk of
danger.” Such women, he says, are those Sharma has made a reference as
lacking respect. He says the India culture isn’t as freedom inclined for everyone,
unlike the situation in the United States. “Despite freedom and the modern view
that everyone is respectful in the civilized world, people are still expected to be
circumspect about where they go to be safe.”
He cited a case of a lady who was reported raped at the Hudson Park at 0500
a.m. He said often there have been reports of rape cases in the parks early in the
morning, late in the evening and sometimes in the afternoon in isolated areas
where individuals cannot get help. In the case of the victim at the Hudson Park,
people asked questions about what she was doing in an isolated area of the park
at 0500a.m and that it happened, because the park police service had been
reduced drastically due to bad economic situation. No one will say the woman
isn’t respectful because this is New York.
The analysis seems convincing when matched with statement by Sonia Ossorio,
president National Women Organization-New York that women too need to be
smart to avoid unpleasant situations. At the same time women in the city
demanded for safety and said any violence against women is unacceptable
wherever it takes place, during a public protest against sexual harassment. But
will women in New York accept the categorization by Sharma that some women
are respectful and others aren’t, to apportion blame in a rape case?
A female interviewee says that women are free to go anywhere they want and
choose a lifestyle they like. She says rape is rape, and that Sharma is wrong or he
is deliberately twisting the case in defense of a client. Moreover she says the case
in India is worse than rape. “The woman was flogged, raped and got thrown out of
a moving bus.”
Apparently, blaming the victims of rape to exonerate the accused is part of the
cause of massive protests against harassment in India and other parts of the
world.