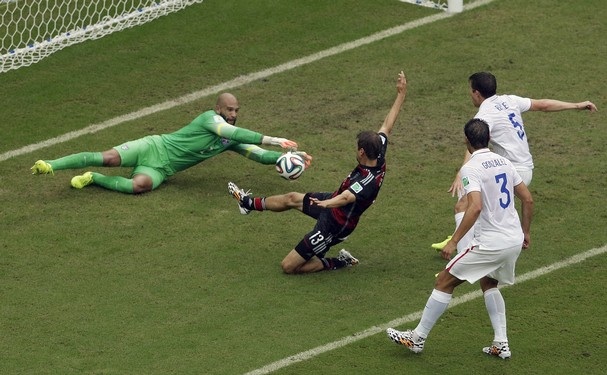 .
Today, the world had watched Netherlands and Mexico traded tackles, in the continuation of the round of 16 matches, in the 2014 world cup tournament.
The two matches played on Saturday and the one watched just few minutes ago offered an opening at looking at the level of performance in the 2014 world cup.
The first match of Sunday forces a question about which of the two teams will win or exit the game like on Saturday when Chile exits the game despite its superb performance.
By all standard, Brazil, Chile, Colombia and Uruguay gave the best of artistry in soccer. And by an inch, soccer enthusiasts missed seeing a surprise of witnessing Chile knocking Brazil out of contention. It almost happened.
Chile confirmed what Brazil's coach, Luiz Felipe Scolari, had said prior to the encounter that Chile was a team he would not have wished Brazil to play. He knows Chile to be good and unpredictable. Chile proved Scolari right. But one must give Brazil a thumb up for use of space and speed. At the end, a winner just emerged and not necessarily because one team was better than the other.
The match between Colombia and Uruguay proved a little different. Colombia had the upper hand in the early part of the game and they capitalized on the advantage scoring two goals. James Rodriguez was the man of that game. He scored the first goal from a volley shot away from the box, and tapped in the second goal in a melee inside the 18 yard box.
Uruguay came into the game looking for goals in the second half, but the Colombia's goalkeeper stood between it and the post. Although, Uruguay lost, the team gave a good account of itself as belonging to the cadre of countries in grasp with the technicalities of the game. Can there be any other match more entertaining than the Netherlands and Mexico game?
NEWS AND FEATURES
News & Features Around The World