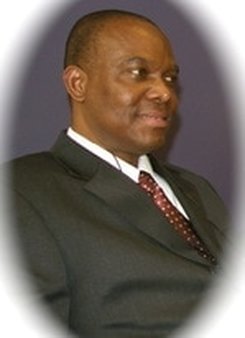 Abiodun Giwa
King Sunny Ade, real name - Sunday Adeniyi, is a highly revered music star among Nigerians. He has a competitor, Ebenezer Obey, real name - Obey Fabiyi, with whom he has musically bestrode the Western part of the country, with their type of music.
Both stars represent what they have sang about variously concerning destiny and the future. Obey once sang that if your child is a good footballer, encourage him, because it is possible it is what he or she is born to come and do on earth. Sunny sang that as musicians they have played for kings and chiefs, and they have played in and outside Nigeria, and have every reason to be grateful to God.
Success is the word that we are all seeking in life. When God chose Noah to build an ark, as recorded in the scripture, to safe himself and obedient members of his family, while others around were aimed for destruction, it could not have meant other that he was successful and other were not.
A short while later, the same scripture said about Abram as God's choice for a journey to a land that Abram did not know, but he agreed to go anyway and God counted it for him as              pronounced further blessings on him and that whoever blesses Abram would be blessed and whoever curses Abram would be cursed.
While Abram and his nephew, Lot, traveled along together, they separated at a point, with Lot choosing the fertile land of Sodom and Gomorrah and Abram settled in what seemed like the opposite - dry land. Yet, God blessed Abram on the land land, and he was the one who went and saved Lot in the land of Sodom and Gomorrah, when he got into trouble with men of the land, who desired and demanded sexual intercourse with Angels, who had appeared as men and visitors to Lots' house, rejecting       Lot's offer for them to take his daughters, instead of the Angels.
Isaac had two children - Jacobs and Esau. How Esau sold his birthright and Jacobs became the beneficiary of the historic interaction was not hidden. Joseph was the youngest of his parent's children, but he was nonetheless found himself in Egypt after he was maltreated by his brothers, who mistook him for dead and unknown to them how he had escaped from the hole, where he was demped, arrived in Egypt and became a cornerstone against expectations, considering how he ended in the jail house for refusing to betray his master.
Although, people tend to want to determine whether someone is successful or not based on outward appearance and accumulation of wealth. But experience has shown that success is relative and that every individual will determine whether or not, one is successful, based on one's state of mind.
The statement that the rich also cries, has proved that wealth alone is not enough measure to decide a person's success. And that not being opulently rich does not mean one is poor. The determinant of success is that one is satisfied with one's status and that one is happy with whatever one is doing, as long as one is not committing crimes.
It is here that the statement credited to the American founding fathers about the pursuit of happiness, as an inalienable right of every citizen, comes into focus. Are you happy and you can sing, and your dancing feet have not gone cold? Then, your destiny and your future, are intact.
But if you have lost the ability to sing and dance, and all that you do is working and working, endlessly seeking money to make ends meet, and you are stressed out, mindless of showing love to your family and accusing others for your misfortune, and your marriage partner has become your enemy, then you certainly need some rehabilitative interventions.