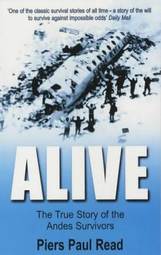 Two weeks into the Malaysia's Flight 370 saga without traces of what may happened, mixed feelings surround the fate of 239 souls in the aircraft. Some people think and recall the miracle of the Chilean Rugby players, whose aircraft disappeared in 1972 for 70 days, but later recovered in the Andes mountainous area, where it had crashed with 15 survivors, an unbelievable story of survival. But others have forsaken hope saying that without any information from any of the Flight 370 passengers several days after the aircraft's disappearance, it is hard to contemplate the passengers' fate.
"One thing that could come out of the Flight 370's disappearance that will make a story is its recovery with the passengers and crews alive somewhere," Robert C. Hoell, an adjunct professor of journalism who teaches 'Broadcast Writing' at Hofstra University in New York, told his class in an answer to a question about what could be news after days of the aircraft's disappearance.
Hoell's answer to a question he has asked his class is gaining momentum. In a BBC online publication following Australia's prime minister's announcement of objects sighted by satellite in the southern India ocean near the country, which he said could likely be the first major lead to tracing the Malaysia aircraft, relatives of survivors said they wished the debris sighted by satellite near Australia failed to be from the aircraft, because they still believed that their relatives were somewhere as survivals and well. But debris sighted by China and France are not making things easy.
In this case, many respondents to Globla Pentorch interview say that nothing is impossible. It means they believe that the aircraft may be somewhere with the passengers waiting to be rescued; that the aircraft may have crashed into the waters or somewhere impregnable and that the passengers may be alive or the worst May have happened. This ideally recalls the memory of the Chileans' experience of 1972, whose crashed aircraft was recovered 70 days later, when all hope had been lost. The story of how the Rugby players who survived in the mountainous area where the aircraft's remain was found and what happened to dead passengers' remains led to national outcry in Chile that attracted worldwide attention. In 1982, this reporter reviewed a book by Piers Paul Read - 'Alive' - an account of survivors from the Chilean air accident - for the defunct Daily Times of Nigeria.
It is well over two weeks that Malaysian airline Flight 370 disappeared from the radar. Two days of searching for the objects sighted by satellite in Australia have produced no result. And today many people still think there is every reason to continue to hope that some good news may emerge concerning Flight 370, just like family members of passengers have insisted, with the Chile's 70 days miracle in mind.
But the continued sighting of debris in the Southern Indian Ocean is not making things easy. Just as the news of debris said to have been sighted in Australian waters abates and gives hope of a miracle that flight 370 cannot be in the waters, another news has emerged of China sighting yet another debris in its part of the Southern Indian Ocean.
Malaysian authorities are searching the waters, while family members of passengers and a large number of people around the world are praying that the aircraft and passengers are safe somewhere, and waiting to be rescued for a great survival story.
Comment Form is loading comments...
NEWS AND FEATURES
News & Features Around The World