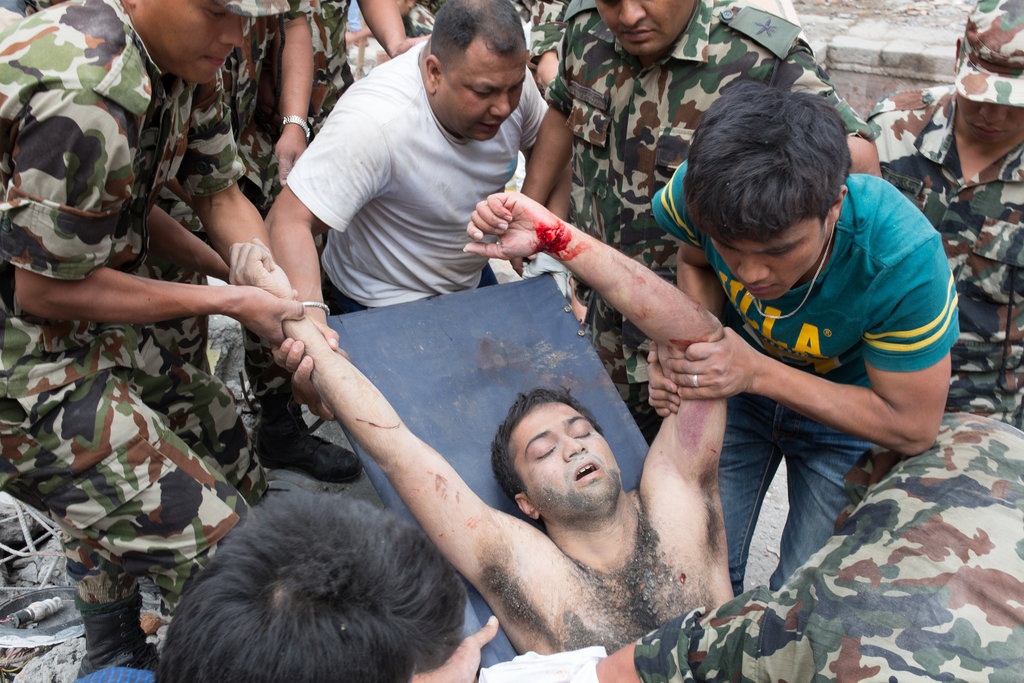 A victim pulled out of rubble (Courtesy: Thomas Nybo of the New York Times)
There were reports of another earthquake in a nearby city near Kathmandu on Tuesday, reigniting the memory of pain from the massive loss in an earlier quake that claimed over thousands of lives.
House were reported buried and that people ran on the streets in panic, amid uncertain number of loss, though some reports said dozens may have died.

********       *********       *********
About 2000 people have reportedly died from from devastation of an earthquake in Nepal on Saturday, officials in the country  reveal in news reports. The world far away from Nepal woke to the news of the quake on Saturday, but with the likelihood that it must have claimed over hundred lives.
With the surge in the number of casualties officially given by first responders, the Nepal earthquake is a record tragedy with mass loss of lives for tourists, who were unaware what nature had in the offing.
The ground reportedly opened up and swallowed swaths of buildings and nearly everything in sight near Kathmandu, the country's capital; shook the ground in all other adjoining countries and killed people in far places away from Nepal.
News reports said about 34 people were killed in India from the quake's impact ,and houses structures were seriously affected in Tibet and Bangladesh by the 7.8 quake. Many people who were hiking around Mount Everest also became victims.
NEWS AND FEATURES
News & Features Around The World