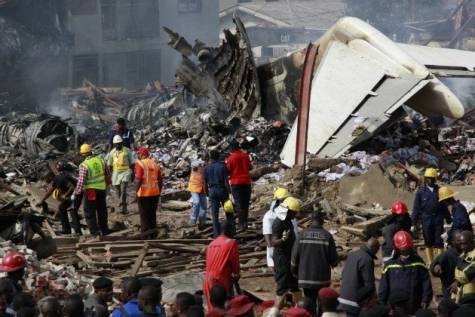 More than 100 passengers aboard the Algerian jet airliner AH5017 reported missing between Burkina Faso and Algeria had been reported dead. The aircraft was flying from Quagadougu to Algiers.
The aircraft was believed to have gone down in Western Mali due to stormy weather.
A man walking into a bank in New York early on Friday morning said the world had witnessed three major air crashes in a spate of one week.
It began July 17 with the Malaysia Airline flight in Ukraine and followed by the crash in Taiwan and the crash between Burkina-Faso and Algeria. Bringing total number of  lives lost to about 450 in one week.
NEWS AND FEATURES
News & Features Around The World