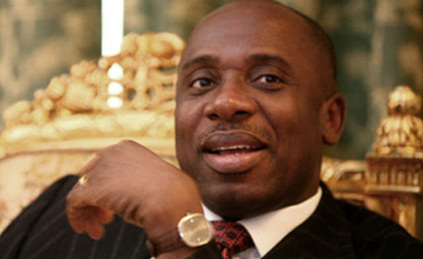 Rotimi Amaechi(Courtesy:www.codewit.com)
The battle for relevance between a governor who decamped from the Nigeria's ruling party and members of his former party in Rivers State has begun. The governor, Rotimi amaechi, who is also the chairman of the Nigeria Governors’ Forum, has dissolved the executive of Obia/Akpor Local Government Council in the state against a court order.
However, the report says that members of the council executive have vowed to disobey him on the strength of a judgment delivered last week by Justice Adama Iyayi-Lamikanra of a Rivers State High Court in the state.
According to Thisday Newspaper’s report, the governor dissolved the council’s executive on a Thursday night and made public in an announcement by George Feyii, the secretary to the state government, ordering the council’s chairman, Tony Nsirim to handover to the head of the Personnel Management in the council.
But Nsirim, his vice-chairman and other council’s 17 councilors say they will not obey the governor, because of his contravention of a court order.
The council’s vice chairman was reported to have explained why they would disobey the governor, According to the news report, the vice chairman said that Rivers state does not belong to Amaschi's father. He said that Amaechi does not have any say as far as Obio/Akpor is concerned until he gets the court to vacate its order. According to the vicw-chairman, the court has told the governor to hands off Obio/Akpor until the elected officers complete their three-year tenure. He urged the governor to respect the court judgmentand that If he does not obey the court, they the council officials cannot obey whatever directives or order he gives and vowed they will disobey whatever order he gives on Obio/Akpor.
The vice chairman said that the head of the Personnel Management is not the highest ranking civil servant in the council and that the head of local government is the highest civil servant in the council. "We did not create the law. Besides, I do not know Singe reference to the head of Personnel Management. I have not seen him before. Perhaps, he is the HPM appointed by the caretaker committee. If he is a worker in the council, why did he not resume in the council when others resumed? The civil servants we know all resumed work with us when the court delivered judgment and the council secretariat was re-opened. So, I don’t know where he is coming from.”
The head of the Personnel Management in the council whom the governor asked the chairman to handover said that he had started working, but expressed worry that the substantive chairman (Nsirim) had not handed over to him as directed by the governor through the secretary to the state government.
The State's attorney general and commissioner of justice, Worgus Borns,in support of the governor's directive reportedly said at a press conference that the court's judgment could not stop the governor from exercising his power, because the judgment had not declared invalid any part of the Rivers State Local Government Law 2012.   The governor’s decision coming soon after his defection from the People Democratic party, PDP, to the All People Congress, APC, is show-casing the struggle for power likely to follow the spate of recent defection by 5 governors of the ruling party in the affected states and in the center, where some members of the House of Representatives are said to likely defect like the governors.