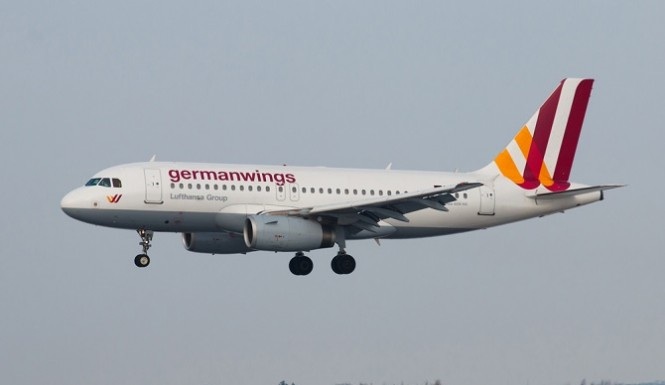 Germanwings on the air (Courtesy: inquisitor.com)
It has been revealed that an axe was inside the crashed German aircraft that killed the entire 150 passenger, and that the axe was officially approved to be on the aircraft. Further that the captain tried to axe down the cockpit door after he was locked out.
Aside from the information about the axe on the aircraft and its use by the captain, police searching Lubitz's homes were reported to have discovered documents indicating he had depression for which he had received treatment, but unknown to his employer.
The BBC said in its report that when the flight captain could not peacefully open the cockpit door, he employed the axe in his attempt to force the door open. At the same time, another statement investigators are working to see whether co-pilot Andreas Lubitz depression could have been responsible for his act of locking out his captain and sending 150 lives including himself to untimely death.
Lubitz is still being held responsible for crashing the aircraft, because investigators said the black box information revealed he deliberately locked out his captain from the cockpit. This belief has reinforced investigators' claim that Lubitz may have been the sole problem on the aircraft
At what point the captain tried to axe down the cockpit door and whether the axe was officially meant to force cockpit door open in emergency or fight sudden acts of aggression that may be caused by terrorists has not been fully explained.
Anyone can imagine oneself being on a plane and suddenly hearing the sound of an axe on the cockpit door. What would such a sound suggest? Wouldn't be troubling to the passengers?
Why axe on the plane? The question is not difficult to answer, especially in a time aircrafts' flying crews are prepared to fight terror. Isn't the event of German airline crash to see that terror isn't just about individuals hijacking aircrafts or people reacting for stupid religious reasons?
Many world leaders and investigators have said that there is nothing to suggest that the downing of the German aircraft has any link to terrorism. They are still saying it despite the fact that what the passengers on the crashed German aircraft were subjected before their death was an act of terror.
Should it have to be an act by Islamists or others in contention against the western world before a confrontation in an aircraft be defined as terror?
NEWS AND FEATURES
News & Features Around The World