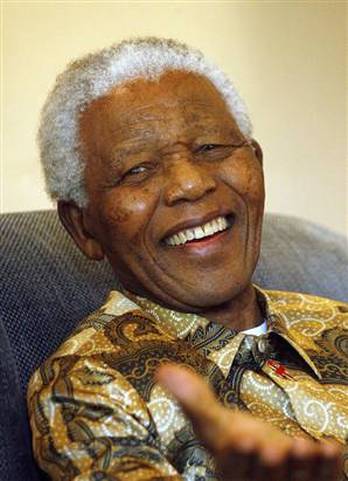 Mandela
There was a report that said angels were sighted at the memorial service for Nelson Mandela in Johannesburg on Tuesday. This was revealed by an interpreter who said it was the cause of his confusion that resulted to an accusation for lack of performance.
In a report by the BBC titled,  'Owners of Mandela 'fake' interpreter 'vanish', it was reported that the interpreter told the BBC that during the event, he had had a breakdown, and started hallucinating that angels were coming down into the crowd.
"I started knowing that I am not real, because it's not something possible. But believe me I saw them coming on stage. From that moment, it was not myself." he said, saying he had becoming concerned for the safety of people in the stadium and was "absolutely" aware that he was not signing correctly.