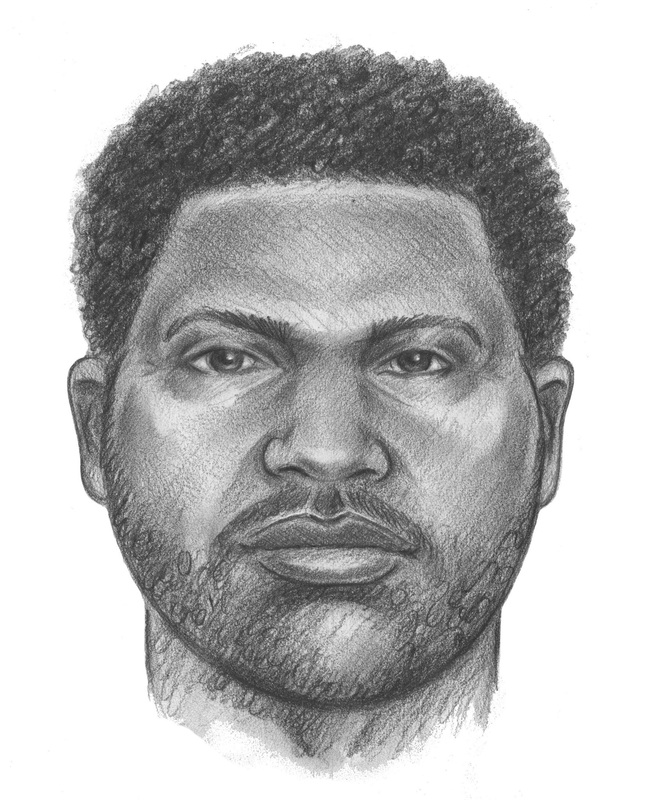 Police sketch of the suspect (Courtesy: www.nytimes.com)
A suspect in the killing of a six years old boy and hacking of seven years old girl with a kitchen knife in East New York area of Brooklyn has been arrested by the police.
The first victim of a madman in East New York area of Brooklyn was an 18 years old college student; she had over 30 cuts inflicted on her and died.
Few days after her killing, news emerged that two young children, six and years respectively, a boy and a girl, had been attacked in an elevator of their home on Sunday evening.
The  six years old boy died. The girl has been holding to life with over 15 cuts on her. The attack on the two children and the consequent death of the boy had woken  New York City residents to the case of a madman on the loose.
Information revealed that there weren't  surveillance cameras in the elevator where the boy and the girl were attacked. But the police has a sketch on the left from a camera near the spot of the attack on Tanaya Copeland, the 18 years old college girl.
The police said that identical kitchen knives were found near the scenes of attack on the girl and the two children, few yards apart from each other, and said that the same suspect may have killed the girl and attacked the two children in the elevator of their home.
Prince Joshua Avitto - the six years old boy - and his seven years old friend - Mikaya Capers - were in their home and not on the street, when they were attacked. Parents felt their children were no longer safe in the comfort of their homes. Children in the neighborhood were finding it difficult to walk the street freely for the fear of a madman.
Avitto's paternal grandmother, Anita Edgerton, had appealed to the madman to desist from hurting children, before he was arrested.