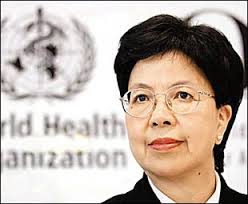 Margaret Chan (WHO'S Director General)
Have you heard that women in Columbia, Ecuador, El-Salvador and Jamaica have been advised by the World Health Organization,WHO, to abridge getting pregnant and do you know the reason behind the advise? According to a BBC news report, the Pan American Health Organization, PAHO, the regional office of WHO, handed down the advise, due to the spreading of a new virus called ZIKA.
The infection is said to be the cause of mild fever, conjunctivitis and has also been found to cause underdeveloped brains in newly born babies. No remedy has been discovered to stop its outbreak.
One serious question the news report has caused is about the link of its cause to Africa, where it is currently not widespread. The first time the report that ZIKA was said to have been found in Africa was when it was discovered in Monkeys, and not in humans.
The report said that after ZIKA was found in Monkeys in Africa in 1947, (69 years ago) it had afterwards been found in humans on the continent, Asia and Pacific island, but in negligible numbers and at a short duration. However, the years it was found in humans in the African continent. Asia and the Pacific Islands is missing.And there is no way of knowing that ZIKA has any recent existence in Africa.
People are saying that perhaps it is a miracle that though the disease started off in Africa, but that it had little impact on the continent, before arriving in the Americas, where it had become widespread and causing concerns.
The ZIKA's news is causing discussions among people of all races more for its effect on yet unborn children, who are perceived to be innocent and don't know anything, including something called ZIKA.
One Maria Conceicao Querirov said in the BBC's news report, "Everyone is at risk. We are all scared of getting ZIKA. We are surrounded with dirty water, polluted water, but what can we do, but put repellent on, to try to keep the mosquitoes away."
Putting mosquitoes away is one of the recommendations given by WHO as a way to avoid ZIKA.
In fact, the advise to women to avoid getting pregnant is said to have been handed down as a choice for individuals to make, not compelling or mandatory.Someone jokingly said that mosquito repellent will serve as a guard against abridging having babies and as a source of peace of mind for new parents who desire having children and cannot wait for any reason..
And people are saying that they hope that the mix messages from WHO don't  mean that ZIKA would be left unattended without serious work toward timely invention of a vaccine, for its prevention or cure, to saving unborn children from avoidable birth defects.
NEWS AND FEATURES
News & Features Around The World