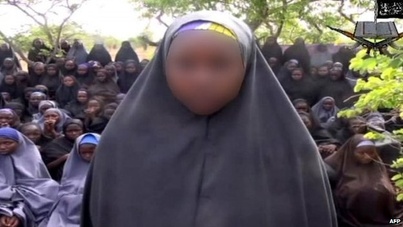 (Courtesy:bbc.co.uk)
Boko-Haram had forcibly converted Nigeria's Christian girls abducted from Chibok into Islam, news reports based on a video obtained by AFP showing the girls indicated.
Observers believe that the girls who had been Christians all their lives before kidnap could not have willingly converted to Islam the way they were kidnapped.
Another indication that has emerged by release of the video by Boko Haram is that the evil organization wants to use the girls to negotiate for the release of their men in Nigeria's custody.
It raises hope the girls will eventually be freed to join their families, an indication that the international community's outcry and calls for action against Boko-Haram over the girls' abduction has results.
NEWS AND FEATURES
News & Features Around The World