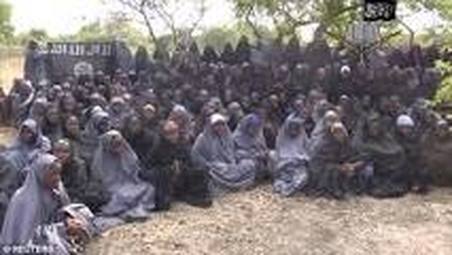 82 Nigerian girls, part of over 200 young girls kidnapped by Boko Haram from a school in Maiduguri in 2014, have been released by the terrorists group, according a breaking news on Fox news linked to Reuters.
​    Words are still scanty about the circumstances that may have led to the girls' release, but reliable sources said that the release may have been connected to negotiations between the Nigerian government and Boko Haram.
It is not clear the number of girls, who have been freed so far by Boko Haram, whose freedom to the girls have been like drops of water in the ocean.
There is also no word about the fate of the remaining girls, certainly more than half of the number kidnapped girls. But it is certain that just as release of some of the girls in the past has raised hope of release of other girls in its custody, the latest release of 82 will raise further hope that other girls yet to be released will one day gain freedom.
Additionally, the joy of freedom already experienced by some families will extend to other families, who are yet to see their children released.
​
Widget is loading comments...
NEWS AND FEATURES
News & Features Around The World