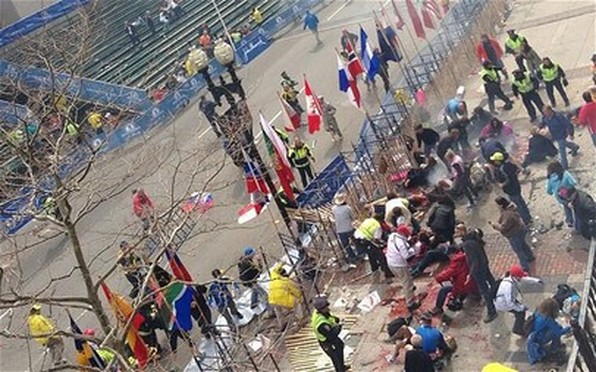 A spot of explosion at the marathon in Boston
Bombing or explosions were not what people expected at a marathon. But it was what happened. Deaths and injuries replaced trophies. And the nation is left with inquisition into who may have done it or what may have caused it. It explains the brand new world of destruction that has replaced the old world.
Technology that was discovered for the advancement of humanity had turned into instrument of attrition. Acquisition of nuclear power has become a source of trouble rather than joy that it will give energy and light, because the men and women charged with their usage can turn lethal and instead of advancing humanity, they may pursue its destruction. 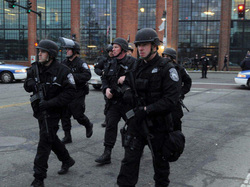 The surviving terror suspect in Boston has been arrested, and he is in Police custody. Yesterday, his brother and co-suspect fell during the police manhunt for them during in a shoot-out with the law enforcement, while the surviving suspect went on the run. The manhunt for the suspects by the law enforcement in Boston also led to a complete order for all residents to stay
indoor. The suspects were identified as Tsarnaev brothers from Chenchnya, Russia.
NEWS AND FEATURES
News & Features Around The World