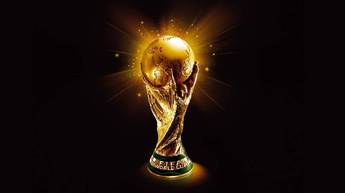 At stake on Sunday
The question on the lips of soccer enthusiasts is about which of the two teams in the world cup finals on Sunday in Brazil will win the trophy. Is it Germany or Argentina?
Yes, some are already betting on Germany to beat Argentina, and others are saying Argentina will beat Germany.
It is about one team beating another, no one is talking about the entertainment aspect of the game, which is what will draw a large number of soccer fans to the stadium and to watch on television or listen to radio commentary.
In every game, a winner will or must emerge. People are saying that Germany is reliable and consistent in goal scoring;.and that Argentina only has Messi, unlike Germany that has many scorers like Muller and Klose. Analysts as well as fans are at work in a tussle about each team's strength and weakness.
They cite Germany's 7-1 defeat of Brazil. But Argentina's fans are saying that if Argentina can frustrate and defeat a team as strong as Netherlands, it can do it to any team. Argentina's supporters say its asset is its tight defensive play and Germany's supporters say Argentina rarely score goals.
Supporters on both side of the teams in Sunday's encounter are marshaling their argument about which team will dominate the game; the team that will slow down the game and the team that will triumph.
There is a sharp comparison being made between Argentina and Brazil, each with a star that is the center of their team, unlike Germany they say has about four strikers.
However, they say unlike Neymar who was missing in Brazil's action against Germany, Messi will be active on the field of play on Sunday..
The number of times both times have won the trophy; the number of times they had played each other in world cup finals and the number of times each team had been victorious against each other in the tournament are all coming into play.
As people talk about defeat and one team beating the other, there are  fans who expect to see good game with fast dribbles, awesome shots, positioning play, beautiful use of space and energy sapping runs. People are praying against bad refereeing capable of spoiling a good game. They say it explicitly that bad officiating has marred a world cup that would been fantastic more than the world has seen in this competition.
NEWS AND FEATURES
News & Features Around The World