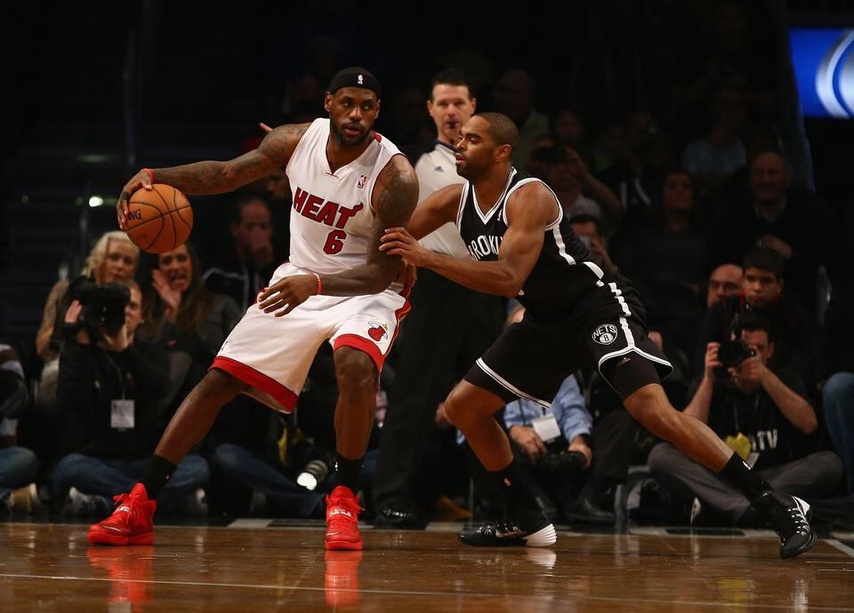 LeBron (No 6) (Courtesy: sun-sentinel.com)
The heat was too much for the visiting Brooklyn Nets, and they fell 94-82 to the Miami Heats in a basketball game played  at America Airlines Arena on Thursday in Miami Florida.
According to Bleacher Reports account, the Nets contained the heat in the first thee quarters of the game before the Heats found their composure and opened up with a double digit lead.
Lebrun Jame is reported to have 22 points; four rebounds, three assists and two steals. On the other hand, Deron Williams of the Nets was recorded scoreless.
In an earlier encounter between the two teams on Tuesday, the Heats defeated the Nets 107-86. It has become a case of two time champion (the Heats) defeating the Nets twice. first in Brooklyn and second in Miami. The Nets's coach, Jason Kidd conceded superiority to the Heats when he said, " This is the defending champion. It is always going to be at a high level and we have got to find a way to match it."
NEWS AND FEATURES
News & Features Around The World