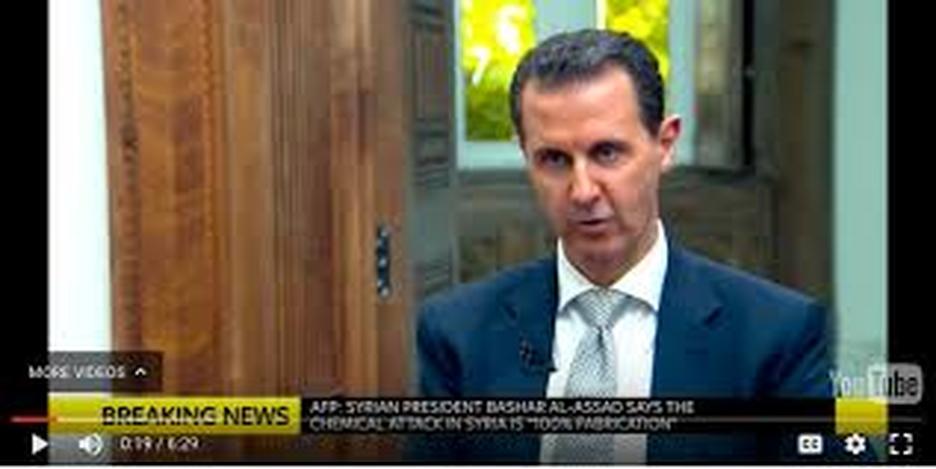 The engagement of Russia by the United States reached a peak last week, and it seemed the U.S. had boxed Russia into a corner and Russia had told Bashir Assad to find something to say, to safe it from continuing embarrassment of the U.S. accusing it of conspiracy with Assad in the use of chemical weapons against Syrians.
Imagine Assad's statement last week to the world that the U.S. and A-Queda stage managed and fabricated the chemical attack story in Syria,  for the U.S. to have excuse for attacking Syria. What does that sound like? Does it sound like coming from someone, who still has his gumption in place?
Undoubtedly, Assad is in a very difficult situation, one that makes it seems like the ghosts of dead Syrians are affecting his reasoning and that he has become cantankerous. It is certainly abnormal to expect a man who have witnessed the killings of thousands of people, including children, amid utter destruction of the soul of his own country to remain normal.
Many people around the world, who saw the news reports of the people affected by the use of chemical weapons in Syria, wondered how Assad arrived at the summation that the U.S. stage managed the use of chemical weapons against Syrians. Aside for the foolishness of the statement in the face of the truth about how Syrians came under gas attack that was reported all over the world, people asked questions about Syria's first defense that the gas deployment came from an Al-Queda storage.
Assad does not only sound like a confused man, he is demonstrating gross insanity, showing his loss of control not just of syria as a country and that he is no longer fit to lead, but that he has lost capability of the mental reasoning. And the reason some people feel it could be true that man who is deliberately misrepresenting an event in his country despite the knowledge of the situation all over the world, is capable of ordering chemical weapons against anybody, including his own people.
People are saying that Assad has become blind to reason and that the only reason tenable to him now is how to ensure he remains the leader of Syria, an objective that is fast slipping away from him, and that he will do anything to harm anyone standing between him and the realization of that goal.