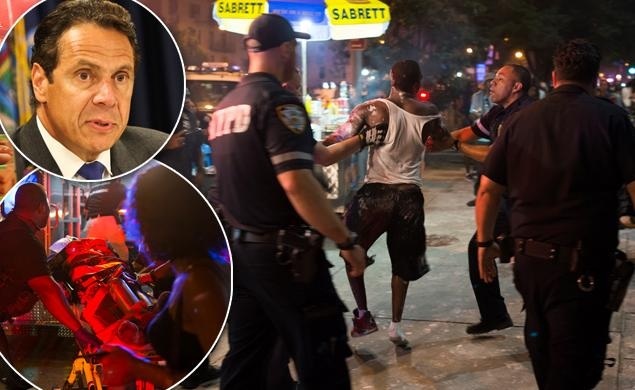 The photograph used in our report of the shooting on Labor Day (Courtesy: New York. Daily News)
Carey Gabay, who was shot on the head on Labor Day in Crown Height area of Brooklyn, shortly before the West Indian Parade, had been declared Brian dead. Reports said that Gabay is still on life machine.
The report said further that Gabay was a victims of a stray bullet  during a deadly encounter between rival gangs, during a night vigil prior to the parade.
The governor had said in a news report that the employee was shot as he went by the road around the vicinity of the venue for the Labor Day Parade. The shot state employee was said to be a lawyer to the Governor and was reportedly in critical condition.
NEWS AND FEATURES
News & Features Around The World