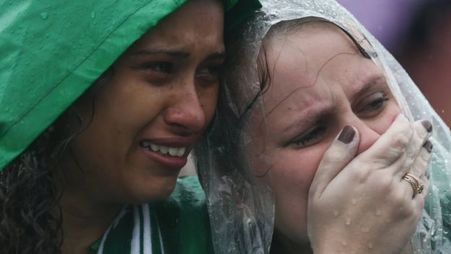 Women mourning the Brazilain soccer stars as the stars' coffins are shown being received by their people
Just as Cubans, who still love Fidel Castro, give him a befitting burial and final passage rites, with his coffin driven around Havana and Santiago Streets, in honor of the departed leader, coffins of soccer stars who died in the Colombia air crash, were seen on televisions and  newspapers, delivered to their respective hometowns.
It is a weekend of mourning for Cubans and South Americans, not just by Cubans, and it is also a heavy loss for South Americans and soccer lovers all over the world. Observers see both the passage of Castro and the sudden depaprture of Brazilian club young footballers as ireeparable loses.
Though, people say Castro died in good old age and that the country had already made arrangements for his funeral. But thise young soccer stars loss in a plane that officials failed to fuel casts cloud over the lives of all who are alive and fail to do their work, leading to deaths of promising young players. 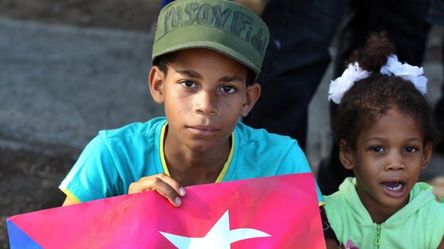 These children were reported by the BBC as waiting to see the inside of the tomb for Castro's ashes final resting place.
There is a similarity between Castro and Beowulf. They were both leaders and t fighters. Both fought and stopped the animal and human dragons for the betterment of their people's lives. Beowulf fought and stopped the dragon, who watched over throves of wealth left behind by unknown wealthy people and secured their release to his people, but not without losing his own life in the epic battle with the dragon, after ruling his people for a short period of time.
​   Castro did the same by gaining the wealth of his country for the benefit of all and not few individuals.
Unlike Beowulf, Castro achieved all he may have planned for his people,aside from his fight against forces within and outside to give his people a new lease of life. He did not die in the battle. He handed over to his own brother, whom he trusted for the protection of the country's gains and to avoid reversal of the country's heritage. If not for the differences in tradition and culture, which the similarity of emotion has taken care of, one would not have beenstupid to glimpse similarity in the funersal of both beowulf and Castro 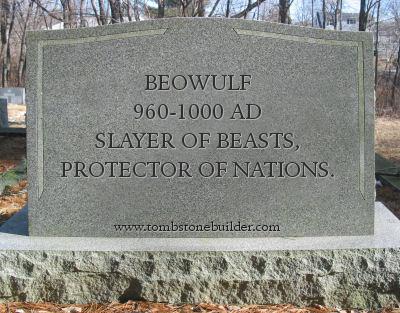 Many observers say that though, the cremation ceremony for Beowulf has no comparison, nonetheless, it is believed that the outpouring of emotions and the fact that Castro held out to fierce oppositions against him and his government at home among his own people and powerful forces abroad amid massive support among his won people cannot be underrated as success to Castro's fighting spirit.
Castro placed Cuba on the world map as an indefatigable force to reckon with, and he worked to ensure no forces from within the country and abroad could undo his works and memories, just as any living leader will do all in their power to protect their legacies.
The memory of those young footballers, who died representing their soccer club, is already being discussed inadoration Brazilians love of football, and that this may be further source of encouragement, for young people to embrace soccer, especially in Brazil.
NEWS AND FEATURES
News & Features Around The World