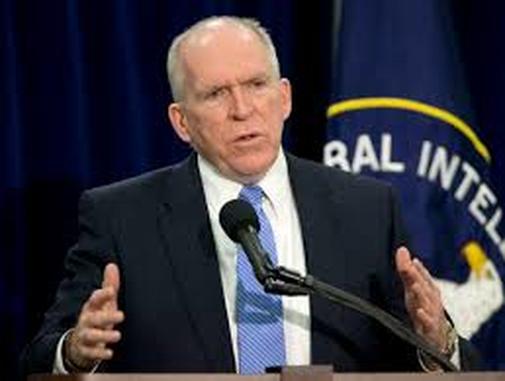 John Brennan
The news of Iraq's forces gain in the fight to recapture Fallujah came amid uncertainty in the civilized world about the capabilities of the Islamic States.
Although, the Iraq forces have reportedly taken Fallujah's city center from the Islamic State, the information from the director of the United States' Central Intelligence Agency, John Brennan, a day earlier that the Islamic State is still capable of attacking the civilized world dampen any joy from Iraq forces gain in Fallujah.
Despite the gains against the Islamic State by the civilized world in Syria and Iraq, The terrorists are still capable of launching deadly attacks against the civilized world.
"Unfortunately, despite all our progress against ISIL on the battlefield and in the financial realm, our efforts have not reduced the group's terrorism capability and global reach," CIA Director John Brennan testified to Congress.
Brennan warned that the group is already preparing for more attacks, and infiltrating refugees that are coming to the civilized world is part of the Islamic States' plan to have its men on the ground in this part of world.
Already, it is in the news that the U.S has been rapping up plans to ensure more of the Syrian Refugees enter the country before the year's end. There is also a plan by the government to bring more Refugees to increase the number of Refugees earlier slated to make it into the country from the war ravaged country, against the Republican party's call for restraint in bringing in of the Refugees amid security concerns that the Islamic State has a plan to infiltrate their numbers with dangerous people.
Just as Brennan dropped his apolitical message in Washington, information emerged that some fully terrorists were making their way through Syria to France, and the information was said to have been released by the enforcement in Belgium. Just as the thoughts of the terror attack in Orlando in the U.S gave way to police alert in the civilized world, news emerged that the police in Brussels arrested about 12 suspects. All these point to continuous fight between the ISIS and the civilized world. There is no room for comfort and deep sleep by the law enforcement and the residents.
It was not like this before the September 11 attack on the U.S and the subsequent wars in the air and on the ground to fish out the masterminds of the attack on the World Trade Center. Osama bin Laden had been killed and so are many others leaders of Al Queda and its affiliates. The ISIS has also been losing leaders to drones. Yet, there don't seem to be an end in the war between the civilized world and the terrorists. How does this affect the ordinary people on the street?
Death is a natural end of everybody, but no one will ever wish to be killed the way that terrorists kill innocent people. As long as the struggle between these terrorists linger, the same way that people will expect they can get killed, then they don't harbor thoughts about death. The only solution to the senseless killing of the innocent is for the leaders in the civilized world to think about ideas of putting a permanent end to the stalemate between them and the terrorists.
The ordinary man on the street don't conduct foreign affair relations, the leaders do, and whatever may have gone wrong in the relationships between leaders of the civilized world and the leaders of countries, from where the terrorists emanate. The thoughts of ordinary people is that there must have been a beginning to this dastard scenario, and that what has a beginning must have an end. The ordinary people believe that the Jihadists would have just decided to carry attacks innocent people, without any infraction between them and the people they are attacking.
NEWS AND FEATURES
News & Features Around The World